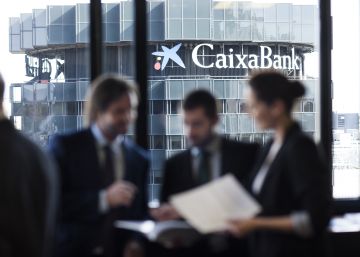 CaixaBank has granted 8,000 million euros to the business sector since the state of alarm began on March 16 and until the end of the same month. The figure has served, until now, to facilitate the financing of large companies and also of other key groups for the relaunch of the economy such as SMEs, the self-employed and small and medium-sized entrepreneurs. On the other hand, and since the commercialization of the ICO lines began, CaixaBank has received more than 90,000 requests from its clients for a total amount of more than 8,500 million, having exceeded the first tranche awarded.

Since the COVID-19 crisis began, CaixaBank has activated a comprehensive package of measures with the aim of mitigating the economic effects of the coronavirus and supporting the needs of companies and individuals.

In addition to all the financing lines established by the entity, CaixaBank has implemented other measures focused on private customers and society. Among them, the group’s insurance company, VidaCaixa, stands out, which has led with 7.3 million euros in contributions to the collective initiative of the insurance company Unespa to promote collective life insurance that will cover all Spanish healthcare providers for six months in case of death or hospitalization by Covid-19. Up to now, a hundred insurers participate in the initiative according to their market share, with a joint contribution of 37 million euros. CaixaBank pensioner clients have also seen how the day of payment of the pension was advanced to the 20th and how a plan of care for the elderly was implemented as a priority.

On the other hand, all CaixaBank clients with the right to unemployment benefit and who have received it last month have been able to use these funds since April 3, seven days earlier than usual. In relation to the homes of its clients, and in addition to adhering to the mortgage moratorium raised by the Government, from April CaixaBank will condone the rents to the tenants of homes owned by its real estate subsidiary BuildingCenter, if they meet certain conditions. This measure will be in force until the month that the end of the alarm period is decreed if it had to be extended.

In addition, as an entity associated with the CECA, CaixaBank has assumed the commitment of the employers to activate a deferment of up to 12 months in the amortization of the capital for those people with a mortgage economically affected by the situation generated by the COVID-19. Likewise, the payment of the principal is deferred in personal loan contracts linked to consumption for a period of up to six months. This means that during the grace period, clients will only pay the corresponding interest on said loans. CaixaBank has launched a plan to support small businesses with measures that include specific financing, the commission bonus for POS and the launch of a new e-commerce technology solution that the company makes available to small merchants to help them promote online sales.

In order to facilitate customer operations and avoid trips to ATMs away from home, CaixaBank will not pass on the cost of using ATMs from another Spanish financial institution for debit withdrawals – until now they have been passed on the entire cost of use, which is variable and is established by the financial institution that owns the cashier and is around 2 euros. The entity has also decided to delay the launch of the Day-to-Day program until October 1, a new commercial policy that changed the conditions of the accounts and the collection of commissions from April 1 to focus exclusively on providing services to its clients. most essential banking services. Regarding daily operations, CaixaBank keeps the branch network open to the public to ensure the retail banking service, with more than 16,000 employees working remotely, the application of a strict protocol for security measures and the reinforcement of digital services and operating of the more than 9,000 ATMs of the entity.