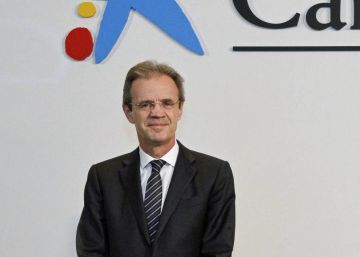 The group has carried out a provision of 755 million in the second quarter, which is in addition to the 400 million it provided in the first. In addition, the comparison of results compared to last year is also affected because the 2019 accounts included the agreed labor adjustment that had an impact of 978 million euros.

Gross customer credit reached 242,956 million euros, with a growth of 6.8% in the year, essentially as a consequence of the increase in credit to companies (increase of 15.9%). The entity explains that the positive seasonal effect derived from the advance of double pay to pensioners influences in the second quarter. Without considering this effect, gross credit grows 6% in the year.

Caixabank has made an effort to reduce recurring administration and amortization expenses, which fell by 2.6%. The cost cut plan will mean by 2021 a saving of more than 300 million euros with respect to that foreseen in the Strategic Plan.

The entity’s liquidity exceeds 100,000 million euros for the first time, with growth of 17,182 million euros in the year due to the generation and contribution of collateral to the ECB policy.

Regarding solvency, the Common Equity Tier 1 (CET1) ratio stands at 12.3%. In the first semester, an increase of 32 basis points is collected due to the extraordinary impact of the reduction of the dividend expected from 2019, as one of the measures adopted by the council following Covid-19.

Caixabank indicates that until June 30, the entity has approved 357,488 requests for a moratorium on its clients in Spain, which affect a portfolio of 9,848 million. In addition, since the start of the state of alarm, CaixaBank has granted 32,500 million euros to companies, outside the ICO lines, and has managed loans linked to the ICO Covid lines for a total amount of 13,726 million euros.

The self-employed stop creating 135,000 jobs in the last year

The owner of Mercadona invests in a money laundering prevention startup