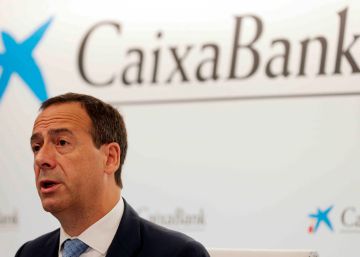 CaixaBank has become the first Spanish financial institution, and may be the first Spanish company to complete several real tests with a quantum computer to study financial applications of this technology. The presiding entity Jordi Gual has adopted a quantum algorithm to assess the capital at risk of financial assets, such as mortgage portfolios and Treasury bonds.

The projects have been carried out with the IBM Qiskit Framework Opensource, an infrastructure that includes a simulator and a 16-qub quantum computer. This framework offers the scientific community tools for the development and execution of quantum algorithms.

The objective of this phase, which began a year and a half ago, sources from the financial institution explain, has been to validate the ability of quantum computing to improve processes. CaixaBank explains that the financial sector there are tasks that require large computational resources and that, "with the application of quantum computing, they can be performed and also faster." This is precisely what CaixaBank has sought to prove with the projects developed.

Specifically, CaixaBank has implemented a quantum algorithm capable of evaluating the financial risk of two portfolios created specifically by the project based on real data, one of mortgages and another of Treasury bonds. Usually, this job requires a lot of time and resources. However, when the quantum algorithm is applied to the risk analysis, it is possible to reach the same conclusions as with the classical method, only in much less time, explain the CaixaBank experts who have developed these tests.

In terms of time, it means reducing a complex work of several days to a process of few minutes.

The realization of these projects makes CaixaBank “the first entity in Spain and one of the first in the world that incorporates quantum computing into its R&D activity,” says the entity.

Nevertheless, the first commercial applications of quantum computing will take time to arrive. However, in CaixaBank they consider that “it is crucial to use the time until its appearance in assessing the potential of use that quantum computing has for the various areas of the financial business, as well as to generate the necessary capacities to undertake the projects that may arise” .

CaixaBank has a team of people dedicated to the field of innovation where this area is framed, all with diverse profiles (mathematicians, physicists, engineers, researchers …), and working in a multidisciplinary way in different areas of the bank. After the successful completion of this first test, work is being done to explore the use of this technology in optimization algorithms, machine learning and secure encryption methods.

Another Spanish financial institution that has also begun to make its first steps in quantum computing is BBVA, although in its case its tests go hand in hand with the Higher Council for Scientific Research (CSIC), and are incipient.

BBVA and CSIC signed a collaboration agreement in July to jointly explore the applications of quantum technologies in the financial sector. The two entities have created a team of mixed researchers that will work together in the design and testing of quantum algorithms applied to financial use cases. The researchers will work to determine if the use of this type of algorithm is an advantage over traditional computing to solve a series of problems identified in the financial sector that could be addressed with this technology, something that in the case of CaixaBank seems so.

Further exploration. Quantum computers work with qubits, instead of the conventional bits of classical computing. Unlike classical bits, whose value is restricted to a binary range of 0 or 1, qubits can exist in intermediate states of "quantum superposition." Due to this feature, quantum computers more easily explore all possible solutions to a particular computational problem. This is especially useful for areas of finance such as portfolio optimization, which influence multiple dimensions to take into account to make the best decision.

Best service. “Technology could improve the services offered to customers based on their profitability and risk profile in a faster and more efficient way,” says Escolástico Sánchez, leader of the research and development discipline in new digital businesses at BBVA .