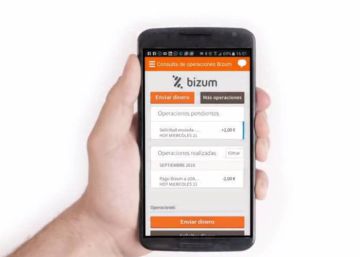 Caixabank has put 9.4% of the capital of the small payments platform Bizum up for sale, as confirmed by sources from this entity. Following the merger of CaixaBank with Bankia, the new financial entity has found a 33.4% stake in Bizum, after adding the 23% previously owned by the Catalan-based entity and the 11% owned by the now defunct Bankia.

But according to the statutes of the payment platform in which all Spanish banks participate, no entity can have more than 24% of its capital, which is why the firm chaired by José Ignacio Goirigolzarri has already started the sale of the surplus of 9 , 4% that it has in its capital.

CaixaBank sources explain “we are waiting for the entities to confirm whether they want to buy this stake”. The sale process, launched directly by the bank, lasts one month, so it will be closed, if there are interested parties, around July 12.
Santander is the second largest shareholder in Bizum, with 18%, while BBVA has 16%, and Sabadell, with 10%. Other entities share the remaining 22%.

Financial sources assure that this would be the first operation to sell a stake in Bizum, and therefore, the first time that this platform would be priced, which began operating in October 2016.

After a somewhat slower start-up than initially expected, Bizum has now achieved a cruising speed in the number of customers and in the number of operations. It already exceeds 15 million users and 370 million operations, with 18,000 million euros transferred to pay for dinners, Netflix, gifts and more. 11,500 e-commerce already use Bizum.