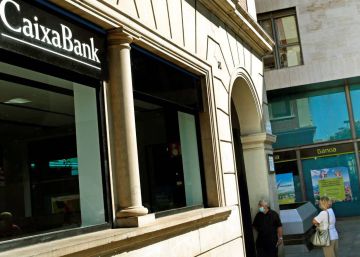 The number of clients in Spain of the new CaixaBank, after its merger with Bankia, will be around 20 million, with more than 330,000 million euros in deposits and a market share in this segment of 24%, the highest in the country at a considerable distance from Banco Santander, the second entity with 250,000 million. But, with the integration, simultaneous clients will have less protection from the Deposit Guarantee Fund (FGD). Being a single entity, the maximum insured amount will go from 200,000 to 100,000 euros. They must be advised.

The merger of CaixaBank and Bankia, which is scheduled to close this month, pending that all the relevant regulatory authorizations arrive on time, will create the largest Spanish financial entity with some 660,000 million in assets. It will be, by far, the first in deposits and in credit, with almost a quarter of the total in terms of market share in both areas. The synergies plan is black on white, with € 290 million in revenue by 2025 and € 770 million in costs two years earlier.

The combined number of clients will be about 20 million. The bank led by Gonzalo Gortázar has about 15.2 million and the one headed by José Ignacio Goirigolzarri, about 7.4 million, according to the latest documents available from the entities. Some 2.6 million duplicates would come out of these figures, but this number is very provisional, in the absence of unification of the computer systems. Once the operation is consumed, the FGD will only be applied to the resultant.

“If it were the fact that we had an account or a deposit in each of the banks involved [en una fusión], the guarantee of 100,000 euros per holder and entity would be reduced (one of the banks disappears and therefore the FGD does not apply to it), which we must always assess if our total balance exceeds that limit ”, says the Bank of Spain on its website of the bank customer.

The 100,000 euros are insured per client and entity, so that an account with two holders will mean a shield for both of them of 200,000 euros, as regulated in 2011, after the 2008 financial crisis broke out. EU the level of protection of deposits for clients by raising it from 20,000 euros to the current amount, due to the survival problems of some entities and the uncertainty that it generated in the clientele.

Neither CaixaBank nor Bankia have so far established a collection threshold for deposits from individuals, but BBVA opened this ban at the beginning of the year for balances of more than 100,000 euros without any link. The bank chaired by Carlos Torres charges them 0.025% per month (equivalent to 0.3% per year) to the excess of that amount.

The total number of end customers of the new CaixaBank will depend in any case on various processes, such as the product and service offer, as well as the closure of branches and their eventual transfers to other entities and on how the structure of the commercial area is configured . The number of employees will reach, initially, 51,500 people, while the number of branches will add 6,300.

The analysts consulted already point out that these numbers will be lowered after the implementation of the plans to save costs. The new CaixaBank, which will be chaired by José Ignacio Goirigolzarri and led as CEO by Gonzalo Gortázar, will have a presence in 2,200 municipalities, and in 290 of them it will be the only entity, according to its own documents.

The reduction of the maximum insured amount is a golden rule that has been applied in all mergers and that, of course, will also have an effect on the integration of Unicaja and Liberbank.

Branch offices. Barclays points out that approximately 23% of the current network of Bankia and CaixaBank branches overlap, considering the postal code. Thus, the British bank’s analysis department points out that the margin for closing branches of the merged entity is high. This could increase the new bank’s pre-tax profit by 18% in 2022, according to his calculations. Analysts point out that, assuming a 50% reduction in employees for each closed branch (at the midpoint of its range), restructuring costs for this issue could exceed 1,000 million euros. The good news is that the annual savings would reach 500 million euros. Barclays points out that the merger of CaixaBank with Bankia would have been the second most attractive, after the one finally canceled between BBVA and Sabadell, where the overlap of the network by postal code would have touched 30%.

The Government erred in its initial forecast of GDP in 54,000 million

If you are impersonated on the internet, this is what you can do

Is it possible to collect the Minimum Vital Income at the same time as a salary or a subsidy?