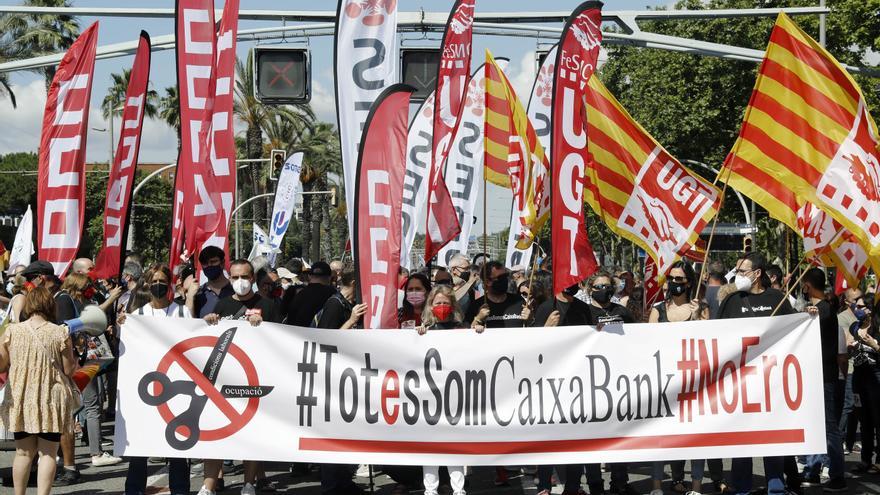 CaixaBank and the unions have reached an agreement for the entity’s ERE after the merger with Bankia. The bank participated by the State and the representatives of the workers have agreed to a collective dismissal that affects 6,452 people, with a significant reduction compared to the 8,290 that the company initially raised. The parties seal an agreement after almost two months of negotiations and two strikes in a week that paralyzed most of the entity’s offices.

The bank has had major problems to be able to carry out the ERE, having encountered unitary opposition from all the unions present in the group almost to the end. The ERE’s formal negotiation deadline expired at the beginning of June, although it was delayed until June 29, due to the impossibility of finding a point of agreement between the parties. During the last days there have been successive marathon meetings, even at night, that have brought the positions closer together. The parties are still meeting, closing the last fringes, as is the case of the mobility of workers.

The main red line raised by the unions was the question of voluntariness. EREs have usually been formalized in banking without having to carry out forced dismissals, thanks to incentivized exits, especially in older groups. However, in this case, the bank has tried to limit the reduction of its workforce over 55 years of age, which led, according to the unions, to forced layoffs for workers who were by age below that group.

Finally, the initial number of layoffs has been reduced in two ways. First, the bank has offered 570 workers to be relocated to other group companies. In addition, 138 vacancies will be opened in subsidiaries, which will be filled through selection processes. The last issues to be closed have been those related to quotas by age and the economic conditions of the departures.

The latest conditions proposed by the bank allow to maintain the voluntary nature of the exits and “avoid traumatic measures”, as reported by union sources. They advance that they are “good economic conditions” and a safeguard is obtained for the bank’s rural network, in line with what the CNMC had already obliged to do when it approved the purchase of Bankia.