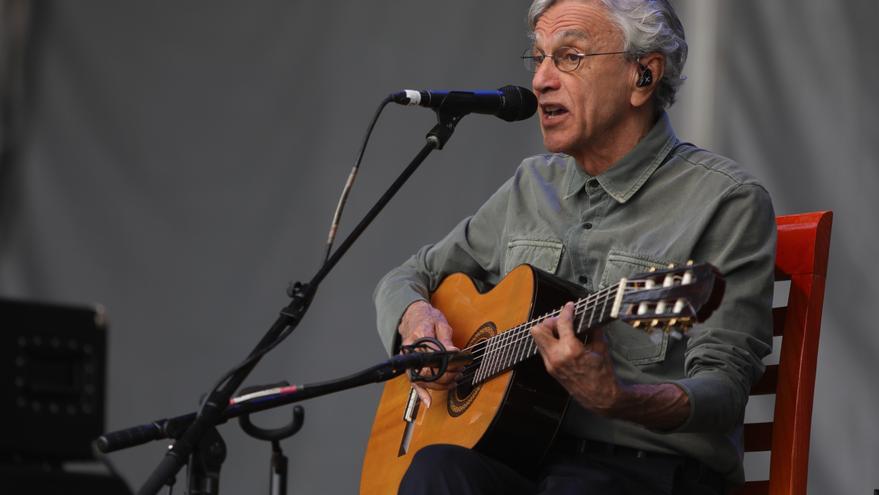 Rio de Janeiro, May 26 (EFE) .- Caetano Veloso, one of the best-known singer-songwriters in Brazil and owner of two Grammy Awards and ten Latin Grammys, announced this Wednesday on social networks that he is recording an album with almost unreleased songs a decade after the release of the last one, “Abraçaço”, in 2012.

Veloso, 78 years old and one of the most emblematic representatives of the so-called Brazilian Popular Music (MPB), decided to go to the press versions according to which he was recording an album, but did not want to advance much about his next production.

“In fact I am recording an unreleased album. It is already 9 years since the last one. I still can’t say much about the songs, but they represent how my head is now,” the author of classics from the band said in a message on social networks Brazilian music such as “Terra”, “Sampa”, “O quereres”, “Voce é linda”, “Alegría, joy”, “O Leaozinho” or “Soazinho”.

The singer-songwriter admitted that he intended to record the album at the beginning of 2020 due to the fact that he composed some new songs during a trip he made to his native Bay in the summer of 2019, but that when he arrived in Rio de Janeiro, in March of last year. , everything was paralyzed by the covid-19 pandemic.

“I decided to wait and waited more than a year but things did not improve. So I decided to record it in a studio that I have at home. I do it with some musicians remotely and with others in person, but complying with all (health) protocols” explained the singer-songwriter in a video he posted on Instagram.

“They are songs that represent how my head is today and my ability to produce today. I can’t say much about the album because things are not ready and it is better to wait. When I have something ready to show I will show it,” he said.

Veloso joked about the speculation of some people about the content of the album based on the statements of a musician who blurted out some information. “That is useless. It will only work when people listen to the songs,” he said.

In recent years the composer preferred to dedicate himself to tours with his old partner Gilberto Gil, which gave rise to a live album recorded in 2015 with old songs by both of them, and to the presentations in which he divided the stage with his sons Moreno (47 years), Zeca (28) and Tom Veloso (23), who also produced an album (2018).

Veloso, one of the creators of the Tropicalist movement alongside Gilberto Gil and born on August 7, 1942 in Santo Amaro de la Purificación, a small city in the state of Bahia (northeast), is one of the most present voices in the Brazilian music since the end of the bossa nova boom.

His style, which evolved from bossa nova to MPB, was marked by Tropicalismo, a movement that relaunched Brazilian music during the dictatorship, which banned several of his songs, accused him of subversion and forced him into exile in London for some years.

The singer-songwriter, who has also stood out as a music producer and writer, began his professional career in 1965 with the album “Cavaleiro / Samba em Paz” and in 1967 with the release of the album “Domingo”, the success of which allowed him to meet his idol and father of bossa nova, Joao Gilberto, with whom he worked on various projects.