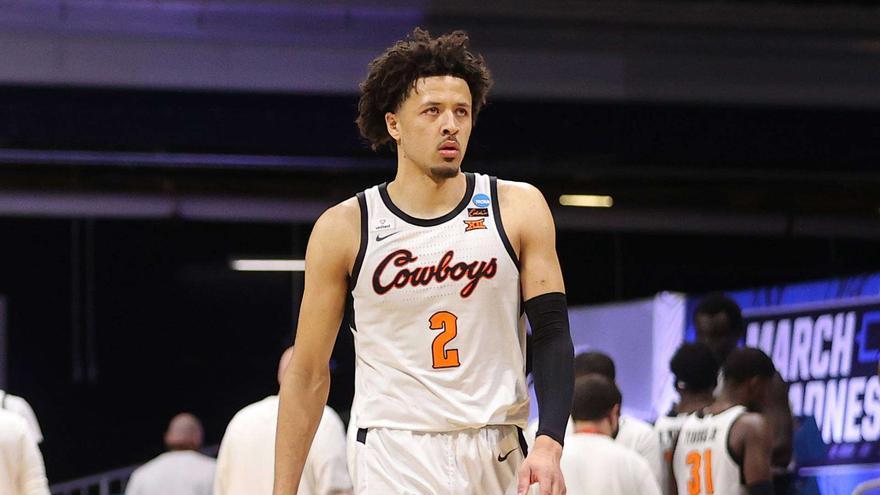 Cade cunningham, who has played this season at Oklahoma State, is the new Draft number 1 of the NBA. The Detroit Pistons They have selected the young outsider using their first choice, something that was expected in most mocks. Cunningham is a fairly tall point guard (2.03 meters) with great vision and good wrist. Technically he stands out in his generation, and his shooting mechanics allow him to be a threat when the ball is not in his hands. Also, your decision making is very good.

The number 2 of the draft has been Jalen green, selected by the Houston Rockets. The young guard is a scoring machine and possesses a remarkable athletic exuberance. He is a quality attacker who brings out his one-on-one skills to unbalance defenses. He comes from the Ignite team, from the G-League, where he has averaged almost 18 points, 4 rebounds and almost 3 assists.

The last step of the podium has been for Evan mobley, which is going to Cleveland with the third election, in possession of the Cavaliers. He is a tall man (2.13 meters) with good fundamentals, mobility and technical quality. In the NCAA he has averaged a spectacular 76.3% correct play. near the hoop, according to Hoop-Math. Efficient in the pick & roll and good vision for an inside, he scored 16.4 points per night with the Trojans.

In the remainder of the first ten picks, Scottie Barnes heads to Toronto Raptors, Orlando Magic pick Jalen Suggs (one spot later than predicted), Josh Giddey plays for the Oklahoma City Thunders, Jonathan Kuminga heads to San Francisco To play with the Warriors, Orlando (for the second time in this top 10) chose Franz Wagner, Davion Mitchell joined the Sacramento Kings and finally the Grizzlies chose (via the Pelicans in the Valanciunas transfer) Ziaire Williams.

The Houston Rockets they got the Spanish international forward this Thursday Usman Garuba, of Real Madrid, with number 23 of the first round. Garuba, 20, comes to the Rockets in the midst of rebuilding the Texan team, and fans of the team’s talents regard him as a player who can have a great future within the franchise and the NBA.

The Rockets, after choosing Garuba, who is with the Spanish team at the Tokyo 2020 Olympic Games, achieved the number 24 at point guard Josh Christopher, trained at Arizona State University. The Rockets coach, Paul Silas Jr, who will be in charge of the Houston team for the second year as responsible for the reconstruction, was one of those who most supported Garuba’s selection, whom he considers the ideal player for the attack scheme of transition you want to implement.

The Rockets also have the rights to select the point guard. Real Madrid, Sergio Lull, the player who always wanted to join the franchise, but he has not yet decided to make the leap to the NBA and his intention is to continue in the Spanish team