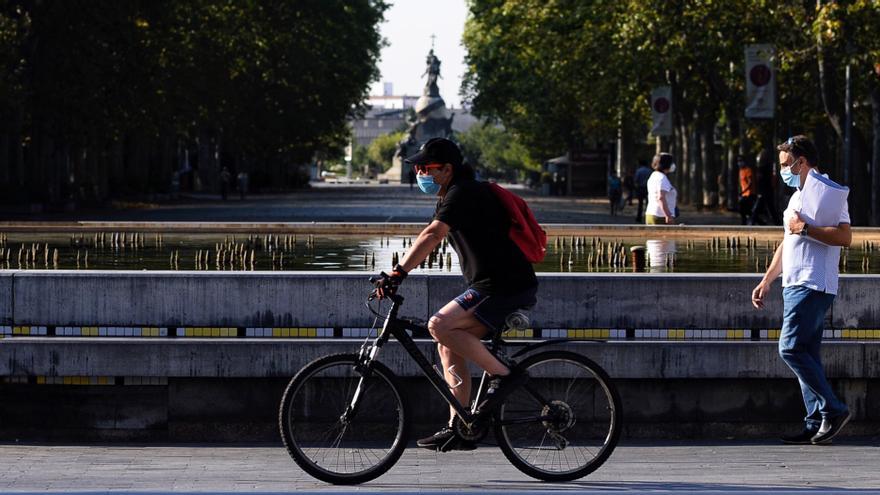 Cabify has presented this Wednesday its new product, Bive: a subscription service to keep your bike, if you already have it, or to buy it, if you haven’t already. At the moment, it only works in Madrid.

After entering the non-base rental bike market with Movo –with more than 500 available in the capital-, the company launches this project “in a determined commitment to promote the use of bicycles as a sustainable mobility option”. Bive is a separate company, Biciclub de Invierno y Verano SL, 100% owned by Cabify. Or, as they describe it, “an intrapreneurship project powered by Cabify’s technology.” The application is independent from the one for car journeys.

The subscription service if you already have a bicycle costs 15 euros per month and includes periodic maintenance, puncture repair, cleaning, insurance and travel assistance. The company has a mobile workshop going around the M-30 for when there are unforeseen events, although, they recognize, it may be the case that it is faster to go to one of the workshops in its network (about 20 throughout Madrid, the most within the M-30).

The app displays available public car parks and hopes to add “guarded car parks” in the future. In Madrid there are some private parking for bicycles, like those of Don Cicleto, but they are not abundant. The City Council recently announced that it would expand the network of public parking lots and that it would prohibit parking on the sidewalks.

On the other hand, Bive has a physical store on Alberto Aguilera street and has put four models for sale. The cheapest is a folding bike that costs 650 euros. The following (an electric, a folding electric and a non-electric urban) cost between 1,200 and 1,400 euros. Purchases can be financed in installments.

Between the two products there is a third, not yet available but probably newer. This is the ‘premium’ subscription service, which will include the bicycle and will start at 45 euros per month. It is basically a bicycle ‘lease’, although company sources explain that they have yet to finish defining. “The idea is that the bicycle is owned, but we have yet to see what happens if you stop using it and return it before paying for it,” they comment. The ‘leasing’ or financial leasing contracts include the option to purchase at their term, although they are more common for companies than for individuals.

“We want to be a relevant actor in the new mobility, facilitating the movement by bicycle to any citizen, both those who already use it and new urban cyclists,” said Marta de Eusebio, head of operations at Bive. “In fact , we invite cycling associations, bike workshops and companies to join the platform “.