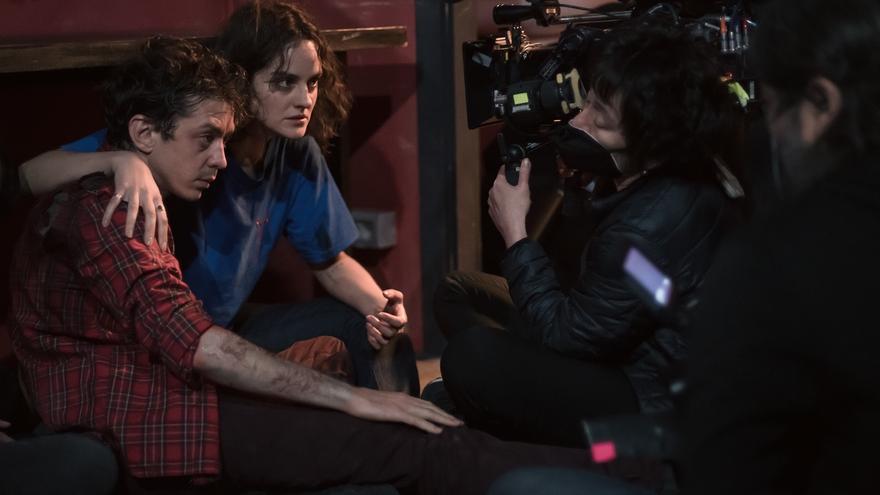 Madrid, Feb 22 (EFE) .- The singer C. Tangana will debut as an actor in “One Year, One Night”, the new film by Isaki Lacuesta about the attack on the Bataclán theater in Paris, whose filming began on February 8 in Barcelona, ​​the film’s producers announced today.

The Argentine Nahuel Pérez and the French Noémi Merlant (“Portrait of a woman on fire”) give life to the leading couple in this story “of love and overcoming”, based on the book “Peace, love and death metal”, by Ramón González, a survivor of the attack.

Along with them in the main cast will be Quim Gutiérrez and Alba Guilera and the collaborations of Natalia de Molina and C. Tangana.

Through them, the film will address “the ethical questions, personal relationships and traumas that they must face, one year after the tragic attack,” the producers indicate in a statement.

“One year, one night” is a production by Mr Fields and friends, an independent production company created by Ramón Campos (Bambú), together with La Termita Films and Bambú producciones, in international co-production with Noodles production. The distribution will be the responsibility of BTeam Pictures.

With a script by Fran Araújo, Isa Campo and Isaki Lacuesta, and photography by Irina Lubtchansky “One Year, One Night” tells the story of a young couple who attend a concert in Bataclán on the night of the attack, on November 13, 2015.

During the terrorist assault, Céline and Ramón manage to reach the musicians’ dressing room separately and take refuge there for hours until their release. They manage to save themselves, but when they leave they are no longer the same. And they don’t know if they can be again.

The director of “The legend of time” (2006) and “Between two waters” (2018) has put the focus of the story on the survivors. “Their real, intimate experiences, on the surface, taught us that the experience of the attack in the first person was very different from what we could imagine without having lived it, very distant from what the media had transmitted to us,” says Lacuesta .

The filmmaker explains that the film portrays the effects of the tragedy alternating in parallel the night of the attack and the entire following year, from the perspective of these two specific people.

“We want the viewer to feel and think the same as Céline and Ramón, the same as we did when they told us their story: to promote the viewer’s empathy with this experience and their ability to rethink some determining events for understanding the current world”.

The filming of the film will take place over four weeks in various Catalan locations and will later move to Paris, where they will shoot another three weeks.