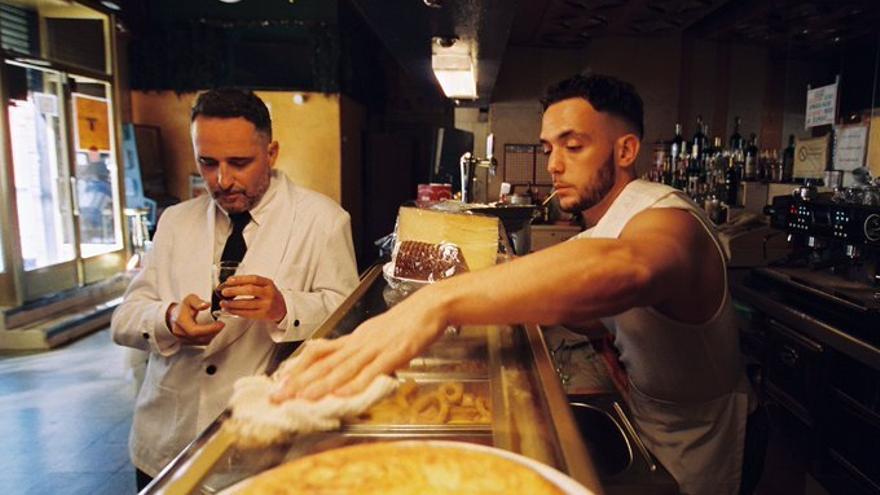 “The Madrileño”, the successful album by the Spanish singer C. Tangana, triumphed with three awards in the pregala de los Latin Grammy, which is the ceremony prior to the great evening of the Latin Recording Academy in Las Vegas (USA).

“Thanks to the Academy for giving a Latin Grammy to a Madrilenian”said C. Tangana on stage.

Strictly and following which person appeared as a candidate in each category (depending on whether they are, for example, singers or producers), C. Tangana and Jorge Drexler scored two awards (best pop-rock song and best alternative song) while the producer Alizzz it won those two awards and also the one for best recording engineering.

Regardless of technicalities, it is clear that C. Tangana’s ambitious project with Alizzz dominated the Latin Grammy pregala.

Due to the large number of categories in the Latin Grammy, the Latin Academy celebrates every year a smaller act, at noon and only broadcast by “streaming”, which is where the vast majority of winners are announced.

The winners of the most sought-after golden gramophones -including album of the year, record of the year and song of the year- will be announced at the main gala of the Latin Grammy, which is the great television and musical show that Univision broadcasts in the US.

Together with C. Tangana and Alizzz, at the previous awards ceremony Camilo also shone, which is the maximum nominee in these Latin Grammy with ten nominations.

In the pregala, the Colombian singer won three awards: best pop song for “Vida de rico”, best urban fusion / interpretation with Rauw Alejandro for “Tattoo (remix)”, and best tropical song as one of the many composers of the song “Dios thus lo quiso” that they performed Ricardo Montaner and Juan Luis Guerra.

“‘Rich Life’ is an exploration of who I am, from my roots, and I invite all of us to feel more and more proud of who we are, “said Camilo in his speech of thanks.

For its part, Juan Luis Guerra doubled since, in addition to the recognition of best tropical song with Ricardo Montaner, he also obtained the award for best arrangement by “Hopefully it rains coffee (‘Privé’ version)”.

In addition, the video clip of the Dominican star “Between sea and palm trees” got the Latin Grammy for best long version music video.

However, and again following the rules of the Latin Grammy, Juan Luis Guerra was not listed there as one of the candidates in that section, which awards directors and producers of clips and not necessarily their singers.

Another prominent name of the pregala was that of Vicentico, which won the awards for best rock album (“The bright well”) and best rock song (“Now 1”).

Finally, at the awards for music in Portuguese, the female duet Anavitória, which won the distinction of best contemporary pop album (“Cor”) and also that of best song in the Portuguese language (“Lisboa”).

Best Christian Album (in Spanish): Aroddy – “Ya me vi”.

Best recording engineering for an album: “El madrileño” by C. Tangana (note: C. Tangana does not appear as a nominee in this category but rather his production and sound engineering team, in which Alizzz does appear).

Best merengue and / or bachata album: Sergio Vargas – “It’s merengue, is there a problem?

Best rock or alternative music album in the Portuguese language: A Cor Do Som – “Album Rosa”.