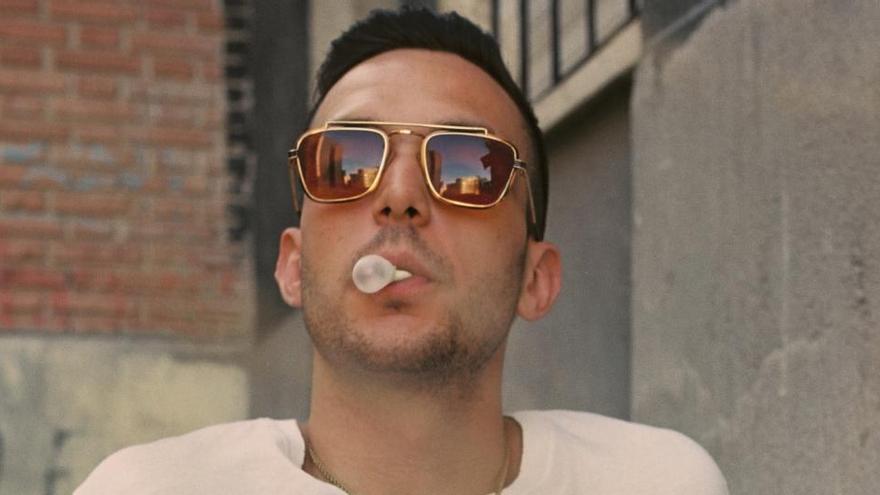 C. Tangana is at urban music. A classic. Since he released ‘Mala mujer’ (2017) and ran that he was in Malamente’s kitchen -the bombshell of Rosalía, his ex-, Antón Álvarez Alfaro surfs in the wave of downloads from Spotify, on the list of the 100 most creative Spaniards of the business world according to Forbes and in the purgatory to which feminist criticism sends him for some of his lyrics. El Madrileño -it is his new alias- releases the single ‘Tú me dejaste de quiero’.

– C. Tangana as a relevant artist within a tiny moment of the cultural history of Spain will live forever.

– El Madrileño is a lot of things that he already did and that was maturing.

– I’ve always considered myself a romantic, I have had a taste for folk culture and I have believed that it had a sober and elegant way of making music.

– Good. Does Antón Álvarez feel good in the baddie suit?

– I just try to be as pure and honest as possible.

– Romantic, pure … To think that there are those who make their behavior ugly.

– I like the controversy. When I see that I can do something surprising, I do it and I take the consequences.

– I am not a priest, nor a politician, I’m an artist. My responsibility is not to be an example of faultless morals, is to generate new thoughts.

– What does Patricia Alfaro, your mother, think of your lyrics?

– Obviously, she is the mother of a child who sometimes says outrageous things and who has to carry them when talking to the rest of the family. But always trusted me. What happens is that I have moved in that line in which, at any moment, I could spoil a lot of talent. Already in school he was the one who could have studied more, got better grades, not failed. A good boy who sometimes did things.

– Did the rest believe in you too?

– Every human being I know has doubted me at some point. Even myself. When I was rapping and doing nothing; when I took out models for three years and didn’t go anywhere; when I put my soul on a record and didn’t earn a single euro; when I started putting together antics and there were those who thought I was losing my pot.

– I am characterized by radical pessimism and constant frustrationbut they have brought me here. I’m learning to enjoy when I’m doing well.

– Somewhere you have said that your natural state is flight.

– Absolutely. The only thing that has made me grow is running away from the person you become when you are successful. And when you don’t have it, too.

– Now is the king of downloads.

– I don’t know how to paint, or take photos, I don’t know about music, I hardly know how to do anything. But I have visions. To do things that are worthwhile, I need my intuition to be aroused; and for that, I must place myself outside my comfort zone.

– And personally, how are you doing?

– I’m the typical person who does not know anything. I asked who it was Fernando Simon three months after starting the first quarantine.

– One of the things my old man blames me on is that I always give too general an overview of things. I speak from a 2,000 year perspective. I am incapable of sticking to the concrete political fact. Disinterest makes you have a very heavy lack of information. I’m very, very clueless.

– So what do you see from the top?

– The older I get, more I think that success has nothing to do with the reproductions, nor with being famous. The summit is to live from what you love to do, the rest is to go around roller coasters.

– I am tender and very sensitive. I have shown myself that I know how to love and I have learned that to maintain a relationship it is good to acknowledge mistakes.

– In your songs there is no way to stop seeing encrypted messages for Rosalía.

– I understand that people are obsessed with Rosalia. That happened to me five years ago when I first heard it. My position is to let people say what they want. At some point they will get fed up, right?