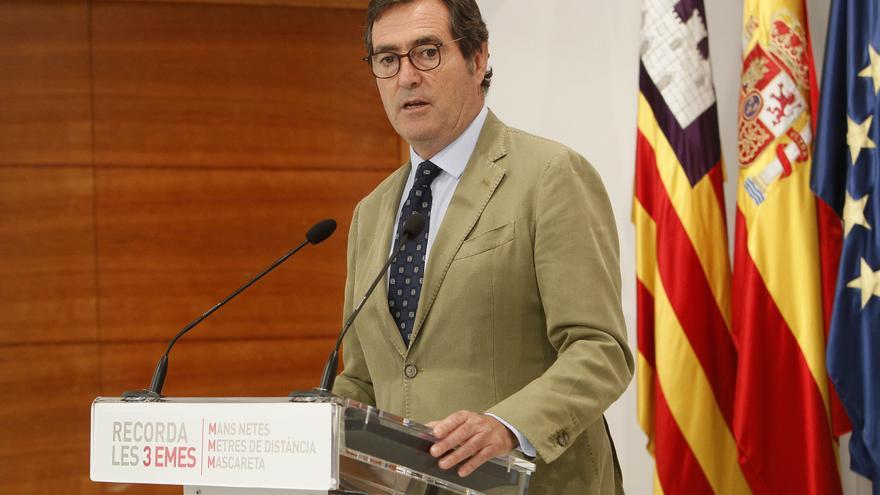 It has been complicated, but finally the employers return to endorse the Government in the extension of the ERTE after starting more improvements in aid to companies in the last hours. In an ‘in extremis’ negotiation that has lasted overnight, as explained by the CEOE leader, Antonio Garamendi, Social Security has once again extended the exemptions in the fees paid by companies in cases of ERTE due to regrowth and, finally, the employers have given their approval to the extension of the temporary employment regulation files until January 31, which will be approved by the Council of Ministers this Tuesday.

This was agreed this morning by the Executive Committee of the CEOE in the internal consultation that it has held on the continuity of the ERTEs linked to the pandemic. After another marathon meeting, this Monday night the businessmen got up from the social dialogue table with a proposal for an extension that had been improved by Social Security during the day, but the bosses insisted that they considered it insufficient.

The employers squeezed the Government until the last moment to try to start more aid, arguing that the document that led to the internal consultation of the CEOE was not going to satisfy the organization. Finally, the Executive presented a last offer with an extension of the exemptions in cases of ERTE due to regrowth in which companies see their activity limited, which is the agreement that the employers have endorsed this Tuesday morning.

“After extensive debate”, the Executive Committee has accepted “unanimously the latest proposal to extend the agreement on temporary employment regulation files (ERTE), after intense negotiations that have lasted until the early hours of this morning” , collects the statement from the employers. “The text reflects an agreement in which all companies whose activity is being affected by the COVID-19 crisis feel represented,” add the businessmen, who trust that “this agreement will ensure the continuity of the greatest number of Possible companies and jobs in such an adverse and long time economic situation “.

More help and the possibility of firing

In the last section of the negotiation, the CEOE has focused its efforts on two issues. On the one hand, it has tried to make the firing options more flexible, either in the veto of objective dismissals (which remains until January 31) or in the clause of maintaining employment for six months for companies that applied a ERTE. According to social dialogue sources, Labor has not yielded on these issues, which remain in the extension to be approved by the Council of Ministers.

On the other hand, the second battle front for employers has been to raise as much as possible the exemptions in Social Security contributions paid by companies in ERTE. This extension of the ERTE applies for the first time a sectoral differentiation in the contribution aids, so that there are companies that were in ERTE until now and that their files will be extended with this agreement, but they will not maintain the exemptions in the quotas if they are not part of the so-called “companies especially affected by the pandemic”. Where aid to companies will be applied in a generalized way, in all sectors, is in the so-called ERTE for regrowth, in which companies are forced to close or limit their activity due to measures to contain the virus.

With this double scheme, the CEOE has especially insisted in recent days on raising the exemptions in quotas in the ERTE modality for reborts, since they are the ones that can benefit all sectors. In the absence of checking the document approved by the Council of Ministers this Tuesday, the exemptions remain as follows, according to sources of social dialogue:

In ERTEs due to regrowth in which the company is forced to close due to measures to curb the virus, companies with less than 50 workers will save 100% of the quota of their employees and 90% in the case of companies 50 or more employees during the closure period.

In ERTEs due to regrowth in which the normal activity of the company is limited, for example with a capacity or schedule limitation, the exemptions in the quotas would be gradual, reducing little by little in the months of October to January. In companies with less than 50 employees, savings would reach 100%, 90%, 85% and 80% in those months, while in companies that exceed that level of staff the figures would be 90%, 80%, 75 % and 70%. The last victory of the employers has been to achieve an improvement in the aid of the last two months in this modality of ERTE.

A Martorell court opens proceedings for the death of John McAfee