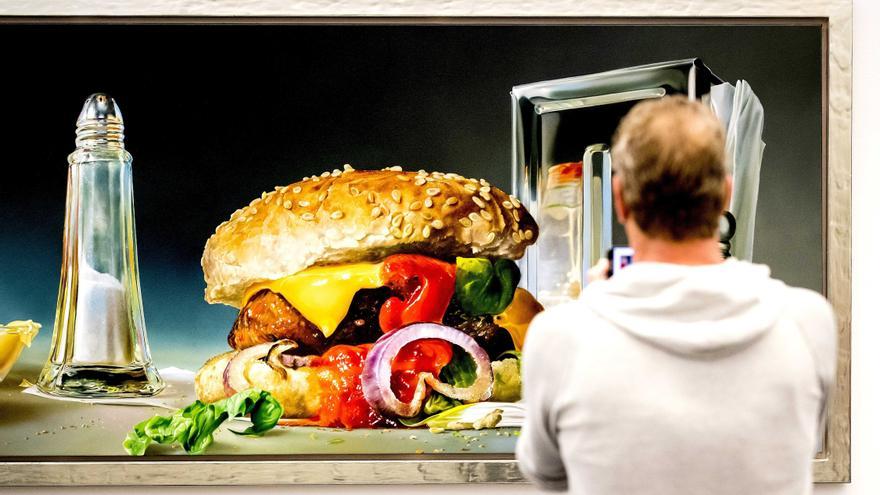 Madrid, May 27 (EFE) .- The hamburger, which “Larousse Gastronomique” defines as minced meat with a round and thick shape whose name owes to the German city of Hamburg, celebrates its World Day this Friday after shaking off the stigma of junk food thanks to gourmet proposals with select ingredients but facing the challenge of “vegetable meats”.

That hamburger steak, a direct precedent to what we know today, arrived in the United States via the port of New Jersey at the end of the 19th century as fast and cheap food, pillars on which the first specialized chain, While Castle, was created in 1921. Then came McDonald’s (1940), Burger King (1954) and Wendy’s (1968), responsible for the emergence of franchises and the global spread of the hamburger as the queen of fast food.

This is how the expert researcher on food Miguel Ángel Almodóvar narrates it in “The perfect hamburger” (Oberon, 2014), where he also describes its decline due to an incipient concern for health at the end of the 20th century.

In front of the industry, there was a rescue movement of the delicacy version hamburger with selected ingredients and prices in line. The starting gun, Almodóvar dates, was given in 2000 by the renowned French chef living in the United States Daniel Boulud with his hamburger with foie gras for $ 29 of the time (23 euros).

Under the predominant figure of multinationals, local businesses that bet on quality had been born before – with pioneers such as Alfredo’s Barbacoa, which the late Alfred Gradus founded in Madrid in 1981 – but the boom of gourmet burgers, with high-end meats, Artisan breads and ingredients beyond bacon and ketchup gave it a new life.

Renowned cooks came to his rescue. Paco Pérez, who adds to the two Michelin stars of Miramar (Llançà, Girona) another three in several of its restaurants, created for La Royale (Barcelona) a collection with wagyu or aged cow meats.

Dani García, who closed his three-star restaurant in Marbella (Málaga) in 2019 to “reach a wider audience”, not only collaborates with McDonald’s, but also serves different versions in Bibo (burger bull), Leña (with minced matured meat in front of the diner ) and the brasserie Dani (with matured simmental loin, foie gras and Parmesan).

Paco Roncero and Ramón Freixa, who have four Michelin stars, include a line exclusively dedicated to this dish in their Cuatromanos home delivery service: Galician blond beef, sauces such as truffle mayonnaise or mole ketchup, accompaniments such as mushrooms or semi-dried tomatoes and special breads.

Although they are usually accompanied by soft drinks or beers, there are also changes here. The National Gastronomy Award for Best Sommelier in 2015 Juan Ruiz Henestrosa proposes in Little John (Rota, Cádiz) to accompany with champagne and sherry elaborations with payoya, with brioche, beef, payoyo cheese, Iberian jowls and amontillado emulsion.

Already stable in that new delicatessen rung and coexisting in a vegetarian key with hamburgers based on vegetables, legumes or textured soybeans, the latest revolution among breads is vegetable meat, which faces animal health for human and environmental health.

Heura, a Spanish vegetable meat company that sells to 15 countries, has just presented its “burger 2.0”, with 145 calories and 15.10 grams of protein, and made with concentrated peas and extra virgin olive oil.

“Consuming a vegetable hamburger instead of a beef one means reducing 1,739 liters of water and 6.4 kilos of CO2 emissions”, they maintain from Heura, a project that has earned one of its founders, Marc Coloma, being included in the list World 50 Next of young talents shaping the future of gastronomy.

Another vegetable meat, which will be marketed in the coming weeks and made from cereals and legumes, is that developed by a team of Spanish scientists from the Institute for Research in Food Sciences and the Francisco de Vitoria University, which they have called “leggie” and of which they defend that it is rich in fiber and with a more sustainable production than that of meat. Among its uses, they recommend the hamburger.

But not everyone agrees with calling these products “meat” or “veggie burger.” Argentine Mauricio Giovanini, who gives a Latin touch to hamburgers in Hayaca (Ibiza) with chili peppers and pickled vegetables, tells Efe: “No, let’s call it another way, it is not necessary.”

It coincides with the Interprofessional Organization of Beef that, on this World Hamburger Day, launches a campaign to limit the name to those that carry meat. “The ones that don’t are something else, but they’re not hamburgers.”