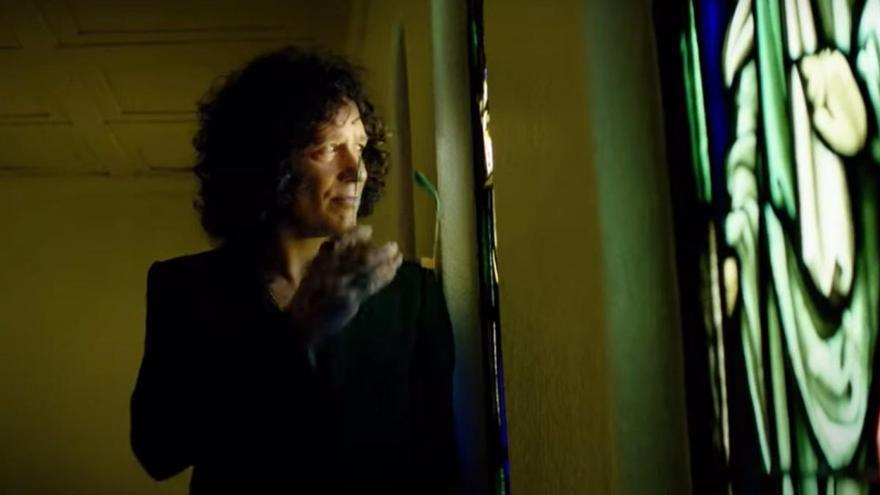 It’s only been half a year since your last disk, ‘Possible’, but Enrique Bunbury will publish a new album tomorrow, ‘Intensive levitation course’, which points to a change of cycle and which is absolutely influenced by what has happened in 2020.

“I decided that the album was soaked in everything we were experiencing,” he assured this Thursday at a virtual press conference.

“This is an album that closes this period from ‘Palosanto’ (2013) until now, these last more contemporary albums, and it takes me in a direction that I try to intuit but that I could not define because I am not there yet. I know that I am coming out of this contemporary stage and going towards a new place “, he predicted, in relation to a future phase perhaps more contemplative and of” looking inward. ”

But before trying his luck in those new territories, Bunbury will edit tomorrow an ‘Intensive levitation course’ marked, like its 2020 sibling ‘Posible’, by the combination of synths and electronic aromas with the passionate and customary rock coordinated from Spanish.

“It is an album that I consider urgent, that I needed to release, that I thought that the songs had to come out in 2020 because they speak in a way or resonate in some way with respect to what has happened to all of us,” he argued.

“This global situation in which there are, let’s say, many prisms to touch, many aspects to touch, many debates that should be open, and that somehow resonate and have a connection with this present in the texts of this album,” he added. .

Among the ten songs on the album, with more somber than luminous tones, are socially charged titles such as’ NOM ‘(for New World Order),’ The day after tomorrow ‘,’ You were right in everything ‘,’ The price that must be pay ‘or’ Damn charlatans’, the latter on social networks.

“The origin of this song is this human being that we have become in social networks. This human being who there behaves like a car driver who insults more, and who in reality, then gets out of the car and does not it is thus, it does not have that aggressiveness “, detailed.

The former leader of Héroes del Silencio also delved into the contradiction of publishing songs that are deeply anchored in the present and that at the same time aspire to be eternal.

“All musicians try to make our records withstand the passage of time. But whatever we do, time is going to be very bastard with all of us,” he said. “As much as we want to make universal songs and have readings over the decades, Elvis Presley, who is the great interpreter of the 50s, the king of rock and roll, is an artist that the 15-year-old boys of the new generations hardly They listen. Why? Because they don’t feel that connection, “he exemplified.

Bunbury also underscored his surprise at the fact that “there are no more records and more artists” talking about these “confusing and complicated moments”.

“I am very surprised by the cultural silence that there has been in 2020. I am very hopeful that 2021 will not be like that and that people will start talking, “he said.

In addition, he launched an alert message for the situation of art due to the pandemic. “We are at a very critical moment in which our wings are quite clipped in terms of show business and culture,” he said. “The concerts had become the way to pay the electricity bills and all that. The fact that they have left us without work complicates the situation a bit, really (…). The people who govern and who think about the good of society should have a little empathy for many unions, not only culture and entertainment, which are suffering and are in a critical situation, “he said.

Finally, Bunbury explained that he has tried “not to fall into temptations” by the pandemic and confinement such as doing free home concerts without a minimum quality. “Musicians must charge for their work. And offering the music as we are offering it by ‘streaming’, on platforms such as Spotify or Apple, is already giving away the music. Then, giving away the concerts seemed like the last straw”, defended.