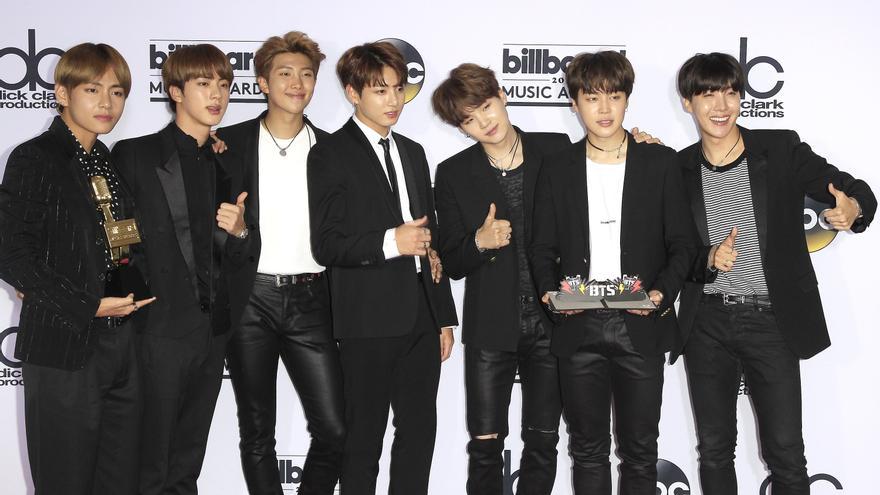 Los Angeles (USA), Jun 12 (EFE) .- BTS, the South Korean K-pop band, has once again conquered the US charts this week with its fourth number one in just nine months, an achievement after which hides a strategy to manipulate the most important measurement system in the music industry.

His latest song, “Butter”, may not be the most listened to in the North American country according to his reproductions in “streaming” or the support of the radios, but the fans of the band mobilized to buy the simple in mass thanks to the discounts sponsored by your label.

Since the Jackson 5 in 1970, no other formation had managed to debut at number one so many times in such a short time.

The case of BTS is the latest example of the tactics used by artists of the stature of Taylor Swift, Drake or Harry Styles to inflate their statistics, such as including digital copies of their albums in merchandising articles or publishing several videos of the same song.

SELL CHEAP AND BUY IN MASS: THE BTS FORMULA

At the end of May, BTS put their new song on sale for 69 cents – much lower than usual – and accompanied it by an instrumental version that also featured on the Billboard Hot 100, the main US chart.

It was a premeditated maneuver for his mass of fans, known as ARMY, to acquire the song repeatedly and inflate the statistics, which give more points to sales than to listening to “streaming” or radio reproductions.

“If you look at the charts, you will have a completely distorted idea of ​​how popular BTS really is,” wrote journalist Trom Breihan in a column in the music magazine Stereogum.

The article accused BTS fans of turning music charts into a useless mechanism that distorts the purpose for which they were created: to know what people are listening to.

Breihan considers these rankings to be a “battleground for the armies of fanatics”, but his opinion was widely criticized for using BTS, the first Asian band to achieve mass success in the United States, as a sign of a circumstance of the Anglo-Saxon artists have benefited.

Harry Styles starred in perhaps the least disguised case. His song “Watermelon Sugar” reached number one in August 2020 thanks to three reissues on cassette, vinyl and disc, a price reduction on digital copies and two alternative video clips.

The song had been published in November 2019, debuted at position 70 and disappeared shortly after, but an aggressive promotional campaign managed to revive it.

Travis Scott and Kid Cudi’s took their track “The Scotts” to the top spot by including a free digital download of all items from a clothing line. It didn’t matter whether the buyer heard the song or not. And Taylor Swift did something similar by including a copy of her “Folklore” album with the items she sold on her website.

These strategies led to Billboard, which since 1956 has produced the best-selling album and song charts in the United States, no longer counting these “bundles” in its records.

More surreal was the case of the British fans of Dua Lipa, who used VPN applications to simulate that they were connecting from the US and uploading the numbers of their compatriot.

“BTS is not tarnishing the credibility of the charts, their case shows how broken their metrics have been for years,” Forbes analyst Bryan Rolli said.

However, before the internet the music industry was already dominated by mischief: beginning in 1950, the US Congress supported fining record companies that paid radio stations to broadcast their songs, a trap known as “payola” .