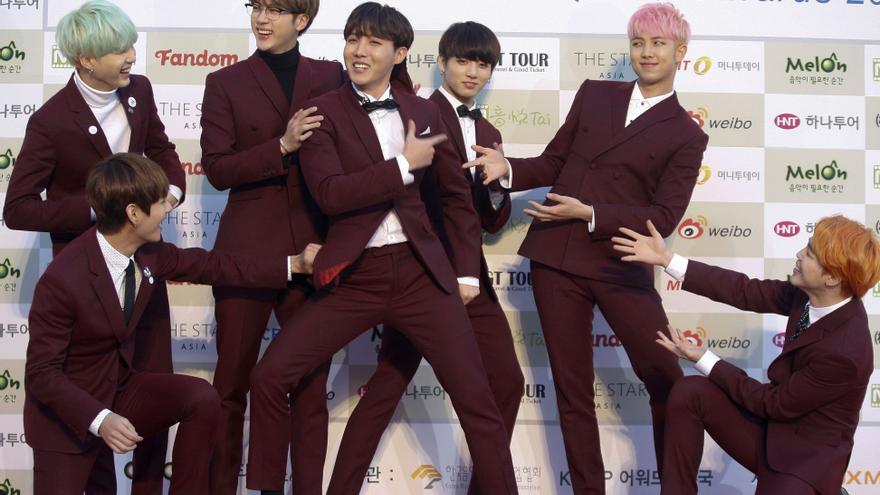 SEOUL, May 20 (EFE) .- BTS today presented their new single, "Butter", a casual air cut and sung entirely in English with which the South Korean group seeks to be the soundtrack of the summer in the northern hemisphere, as they assured its members at a press conference.

"We wanted to do something that was easy to listen to. That was 'smooth like butter' (chorus of the song, which in English means 'smooth like butter')," explained this Friday in an appearance in Seoul Jimin, one of the seven members of the band that has garnered unparalleled global success in recent times.

For his part, Jungkook, the youngest member of BTS, explained that the idea behind Butter "is simple. It's getting hotter and hotter and we just hope everyone can have a fun summer."

Asked if BTS is looking for "Butter" for their first Grammy award, Suga acknowledged that they would "love to get one" and that the song is "a new attempt to get it."

Achieving a Grammy "is one of our goals," said RM, leader of the group, who was in charge of polishing the lyrics of the single, especially in the parts in which he and Suga rap.

"Butter" follows the line traced by "Dynamite", the first song entirely in English that the group published in August of last year and that later was included in "BE", the fifth studio album of the band released last November.

The video for the new single drinks from a very American and 70s aesthetic and of course has a special dedication for ARMY, the official BTS fan group.

In that sense, Jin, the oldest of the group, and Jungkook admitted today that it was difficult for them to form the letter "A" together at the time of the video in which the seven spelled the word "ARMY" with their bodies.

"Butter" also includes a moment in which each member performs on their own a "free dance" that each one chose "because it was the one that best represented us," explained V, who wore voluminous at the press conference Permed curls ("He looks so cute, he looks like a poodle," Jin joked).

Suga in turn affirmed that the first live performance of the new song will be on May 23 at the Global Music Awards gala, for which they have obtained four nominations.

"We cannot give many details about our plans these next few weeks, other than that we will be promoting" Butter "and preparing the BTS Festa this year (an event that will surely be online due to the pandemic and in which the band will celebrate with his followers his eighth anniversary), "added RM.