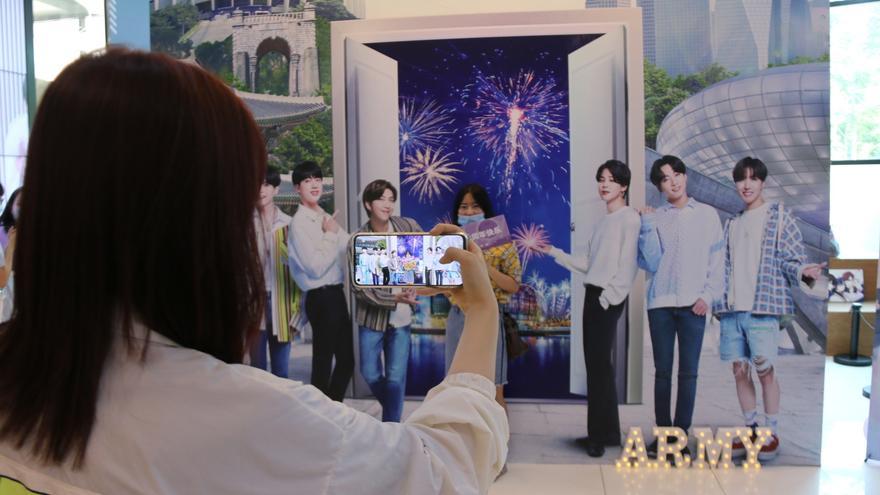 The global phenomenon of K-pop BTS He will perform in Los Angeles (USA) between the end of November and the beginning of December, in what will be his first concerts with an audience since 2019 due to the pandemic, his label announced today.

The concert series, called ‘BTS permission to dance on stage LA’, will take place on November 27 and 28 and December 1 and 2 at the SoFi Stadium from the city of the American west coast.

These are the first live performances to be offered by the K-pop septet since June 2019 in Seoul, and after canceling their world tour. ‘Map of de Soul ‘ scheduled for 2020 due to the global health crisis caused by the coronavirus, according to Big Hit Music, the group’s agency.

The label explained that it has chosen the United States as the destination for its return to the stage by taking into account the restrictions by the virus which are still in force in many countries, including South Korea itself, where mass shows are prohibited.

Big Hit also noted that will continue to study the possibility of organizing additional shows in more locations, after BTS has limited itself to offering online performances during the pandemic, including several through its social network, Weverse.

“We know that you have waited a long time, and we have prepared many things to offer an unforgettable performance”, J-Hope, one of the members of the septet, said in a video uploaded by the group to Twitter and dedicated to his followers.

Before releasing their fourth studio album ‘Map of the Soul: 7’, the group presented in January 2020 a tour that consisted of almost 40 concerts in cities on three continents and which included a double recital at the Lluis Companys Olympic Stadium in Barcelona, ​​which was to be the group’s first performance in Spain.

But the pandemic forced the band formed by RM, Jimin, Jin, J-Hope, V, Suga, and Jungkook to postpone the tour at first and then to cancel it definitively in August of last year.