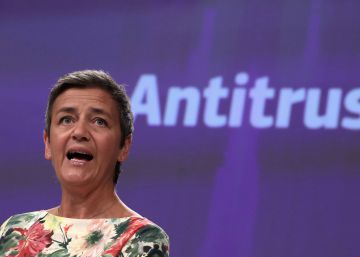 Brussels this week will take the first step to regulate the application of artificial intelligence to sectors considered “high risk” for the fundamental rights of citizens. The European Commission will approve the two documents that will cement the Twenty-seven strategy on the digital agenda and data management for not being left off the United States and China. The Community Executive wants Europe to make the leap with more funding, training and talent. However, it will propose to regulate the application of artificial intelligence in sensitive sectors such as health, transport or justice.

The Executive Vice President of the Commission, Margrethe Vestager, You must undo a double knot. Europe does not want to miss the digital battle train. Although he arrives very late to the social media business, he wants to measure up in the business of data and business intelligence between companies or between corporations and the public sector. For it, as EL PAÍS advanced, it raises a unique space for user data with an investment of 1.6 billion euros.

Brussels, however, is no stranger to misgivings caused by artificial intelligence. “We have a risk-based approach in which we wonder which sectors suffer the threat of being damaged,” Vestager explains in a meeting with several media, including this newspaper. The Community Executive will define several sectors that may be threatened by the artificial intelligence application. “It is not new. It is a very European way of approaching matters. It’s about doing it in a balanced way, ”adds the vice president.

The white paper will also suggest pausing very complex issues such as applications for remote facial recognition of citizens. This technique generated great controversy, for example, due to use by the authorities in the mobilizations of Hong Kong. The Commission wants to study carefully whether any kind of exception for security reasons could justify its use.

After the presentation of the white paper on Wednesday, Brussels will launch a consultation among all interested parties to prepare a legislative initiative for a regulation before the end of 2020. In this way, companies will also know the limits of the playing field where they can move . It is about companies that do not check any of the defined areas, can develop their business without problems. “Then, go go go”, In the words of Vestager.

The white paper will also propose a strategy to boost artificial intelligence in Europe. This is based on three pillars: financing, training and deployment. The first two are especially critical. “We need more resources. In recent times, Europe has used half of the funds that China has used and 25% of those used by the United States. Obviously, it is very little. It doesn’t matter how efficient you are using them because it’s not sustainable, ”says the vice president.

The resources must come, in part, from the EU Budget, whose last proposal the Twenty-seven will begin to negotiate on Thursday. The withdrawal of the United Kingdom, however, will cause narrowness, so the president of the European Council, Charles Michel, has already proposed an extension of funds in the European Investment Bank to mobilize up to 500,000 million for the green and digital agendas. For the period between 2018 and 2020, the EU has allocated close to 1.5 billion euros. Even so, the bulk of the resources must come from the private sector.

The other big brake is the lack of skilled workers. “90% of jobs have a digital dimension, but only 50% of Europeans have fundamental digital skills,” says Vestager. There Europe will have a double focus: although the digital agenda has a training dimension for citizens, it will also require attracting talent from other parts of the world.