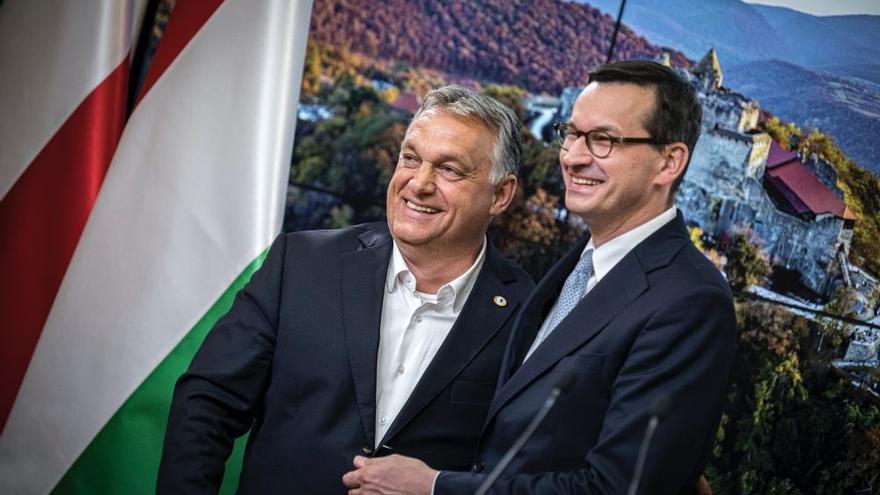 In Brussels there is a lot of saying lately that the “EU is not an ATM”, in the sense that it is not a place to get money from and then spend it in any way. However, it is true that European funds, and more so at a time of economic, health and social crisis due to the pandemic, can represent a before and after for a continent hit by the coronavirus. And they know that in Brussels and in the 27 capitals. And, for this reason, the European Commission is trying to play the fund card to try to stop the authoritarian and homophobic drift of countries such as Hungary and Poland, which already tried at the end of last year to block these funds due to their connection with State compliance. Law, a permanent concern in recent years in the Community Executive.

For this reason, he has just said that the Hungarian recovery plan, which should have been resolved by mid-July, will not have a verdict from Brussels before September 30, waiting for Viktor Orbán to clear up some of the many doubts that it generates in the EU give you money. This was announced by the vice president of the Community Executive responsible for the Economy, Valdis Dombrovskis, at a press conference at the end of an informal meeting of EU Economy and Finance ministers (Ecofin).

According to the rules of the funds, the European Union provides a maximum period of two months for Brussels to evaluate each national plan and issue the recommendation – positive or negative – to the Council, so that the 27 are the ones who make the final decision to approve or reject the plans. In the case of Hungary, said deadline expired on July 13 without the Commission having concluded its examination because “clarifications” are needed by the Orbán Government, which has already accused Brussels of delaying its opinion to pressure Hungary to withdraw their homophobic laws.

As for Poland, Warsaw and Budapest, they have already agreed to an extension until August 1, but Dombrovskis did not exclude this Monday that a new extension is necessary, although it has not been formally requested.

Thus, the latest report from the European Commission on the rule of law in the 27 specifically points to Hungary and Poland for the problems related to judicial independence and corruption, fundamental when managing European funds insofar as it is a requirement of the European Semester –the economic governance system of the European Commission–, one of the key elements for evaluating national plans. As for Hungary, the report indicates “risks of patronage, favoritism, nepotism among senior civil servants in the public administration and cronyism among businessmen and leaders.” And this is what endangers the 7,000 million European recovery funds that correspond to Hungary, in addition to those that come from the Multiannual Financial Framework – the EU budgets for 2021-2027.

But, in addition to concerns about authoritarian and corrupt drift, in Brussels they have just launched an infringement procedure against the country for its homophobic laws, and that the Hungarian government says it will submit to a referendum, maintaining a pulse that may mean that the case reaches the court of justice of the EU and that the European Commission imposes a millionaire fine to the country.

In a similar situation is Poland, the other illiberal leg of the EU, governed by Vox allies and whose Constitutional Court, powerfully influenced by the Executive, ruled a few days ago that Polish law prevailed over European law, which can be translated into a penalty of about three million euros if it does not decide to start complying with the orders of the European justice before August 16.

The European Commissioner for Justice, Didier Reynders, has sent a letter to Poland, asking him to explain how he intends to apply the provisional measures and the recent ruling of the Court of Justice of the European Union to safeguard judicial independence. “We will not hesitate to use our powers under the Treaties,” he said.

The European Commission has also given Poland until August 16 to comply with the judgments of the EU Court. Otherwise, it will impose an economic sanction. “The rights of EU citizens and companies must be protected in the same way in all member states. There can be no compromise in this,” said Vice President Vera Jourova.

In both the case of Poland and Hungary, the confrontation is also taking place in the European Parliament, which at the beginning of July approved a resolution in which it asked Brussels not to approve Hungary’s access to the 7,000 million of the recovery funds for the pandemic until it is found that the EU budget will not “actively contribute to the violation of fundamental rights” in the country.

The resolution was approved by 459 votes in favor, 147 against and 58 abstentions, and it condemns the homophobic Hungarian laws. The group of Conservatives and Reformists of Vox voted against it; and the ultra-rightists of Identidad y Democracia (ID); while the Spanish Popular Party of Pablo Casado abstained en bloc, with the exception of Esteban González Pons, vice president of the parliamentary group of the European popular, who has supported the resolution like the majority of his group.

The European Parliament also urged the European Commission to activate the conditionality mechanism that in certain cases links obtaining community funds with compliance with European values, created at the end of 2020, although it has not yet been implemented at the end of 2020. be appealed by Hungary and Poland before the CJEU, which will not decide before a few months have passed.

The requirement to activate this mechanism is that the good management of European money or the financial interests of the European Union is at risk.

“Europe will never allow parts of our society to be stigmatized: be it because of the people they love, because of their age, ethnicity, political opinions or religious beliefs,” said European Commission President Ursula von der Leyen, a few days ago in the European Parliament.

Brussels defends that “equality and respect for dignity and human rights are fundamental values ​​of the EU, enshrined in Article 2 of the Treaty on European Union”, so “it will use all the instruments at its disposal to defend these values”.

In Hungary, the reported cases include the recently passed law, which prohibits or limits access to content that promotes the so-called “divergence of self-identity corresponding to sex at birth, sex change or homosexuality” for persons under 18 years of age; and a disclaimer –Disclaimer– in children’s books with LGTBIQ content.

Regarding Poland, the European Commission considers that the Polish authorities did not fully and adequately respond to its investigation into the nature and impact of the so-called “LGTB ideology-free zones” adopted by various Polish regions and municipalities.

The two Member States now have two months to respond to the arguments put forward by the Commission. Otherwise, the European Commission may decide to send them a reasoned opinion and, in a later step, forward them to the Court of Justice of the European Union.