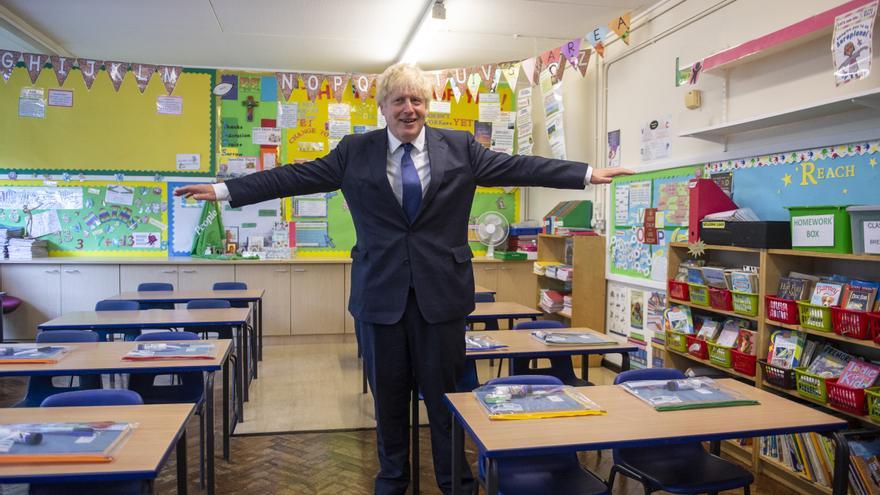 Politics has a lot of story, narratives and words. The word that EU leaders did not include in their conclusions last Thursday in Brussels was “step up.” The verb did not accompany the term “conversations”. And the United Kingdom took advantage of it to try to feed the idea that the European Union no longer wanted an agreement with the United Kingdom, and from there, on Friday the British Prime Minister, Boris Johnson, began to consider the talks with the European Union for the attitude of the 27.

Conclusion? That the EU chief negotiator Michel Barnier’s trip to London on Monday was replaced by a phone call with his British counterpart, David Frost. “As it is, the journey is pointless,” said Downing Street sources.

Community diplomatic sources spoke of “shadow boxing” to describe Johnson’s words. That is to say: punches in the air that were not going to get very far.

For now, Barnier said after his conversation with Frost: “As the President of the European Commission, Ursula von der Leyen, has already said, I have confirmed that the EU remains ready to intensify the talks in London this week, on all matters, and on the basis of legal texts. We await the British reaction. ”

The British prime minister said on Friday: “From the beginning we were very clear that we did not want anything more complicated than a Canadian-style relationship based on friendship and free trade. Judging by the last EU summit in Brussels, that it will not work for our EU partners. They want the continued ability to control our legislative freedom, our fisheries, in a way that is completely unacceptable to an independent country. ”

“And since we only have ten weeks until the end of the transition period on January 1,” Johnson said, “I have to make a judgment on the likely outcome and prepare for everything. And since they have seriously refused to negotiate for a long time. Part of the last few months, and since this summit seems to explicitly rule out a Canada-style deal, I have come to the conclusion that we should prepare as of January 1 with deals more like Australia, based on simple principles of free trade global. And we can do it, because we always knew that there would be changes on January 1, whatever kind of relationship we had. ”

The United Kingdom left the EU on January 31, 2020 and from January 1, 2021, relations must be governed by a future, commercial relationship agreement, which is being negotiated without success, for the moment.

The three main elements of contention, for the 27, are fishing, level playing field –Equality of opportunities– and the dispute resolution mechanism. “Among the leaders, solidarity and unity prevail”, diplomatic sources explain: “The 27 are prepared to negotiate and have a clear preference for an agreement, but the EU will remain united in the matters that separate them from London while they demand the Commission European to prepare for a no-deal. ”

Meanwhile, the fourth meeting of the EU-UK Joint Committee on the implementation of the Brexit Withdrawal Agreement, co-chaired by the Vice-President of the Commission, Maroš Šefčovič, and Michael Gove, Chancellor of the Duchy of Lancaster, has taken place so that the EU and the United Kingdom can reach solutions on all outstanding issues, in particular with regard to the Protocol on Ireland and Northern Ireland, which the United Kingdom would violate if it finally approved the new internal market law.

“Despite some progress, the UK still has a long way to go to implement the Irish Protocol. Contacts will intensify,” Sefcovic said.