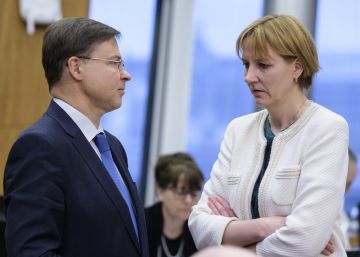 Brussels tries to walk with firm step in the wire in the debate on the reform of the fiscal rules that this Wednesday has decided to open. After confirming that the rules are extremely complex, the European Commission has launched a consultation with institutions, member countries or social agents to formulate a reform proposal at the end of the year. However, the Executive wants to go with the utmost care for the deep division that this debate generates between countries. Everyone agrees that the rules must be changed, but for different purposes: those in the north, to apply more hard hands; those from the south, to look for more flexibility.

A recession and a bonanza cycle that has entered a moderation phase have allowed the European Commission to draw the first conclusions on the rules they approved in 2011 and 2013 to ensure fiscal discipline of EU countries, especially partners from the euro zone. In community jargon, they are called two-pack Y six pack, a kind of rules to correct financial and macroeconomic imbalances. According to the communication published by the Commission, these rules have borne fruit: they have favored coordination between countries, they have straightened these problems and reduced levels of public and private debt.

Even so, the rules have also shown off their weaknesses. All countries agree on their complexity and lack of transparency. Not surprisingly, a manual of more than 100 pages of complex provisions and formulas is required to unravel them. The European Fiscal Council published last September a report calling for simplification of the rules, which should be based on a debt objective that should be achieved through an expenditure rule.

In line with the conclusions of that document, which was presented to the finance ministers at the Helsinki Eurogroup, the communication presented by Vice President Valdis Dombrovskis and Commissioner Paolo Gentiloni points out that public debt has remained too high in some member countries and which has favored an overly cyclical fiscal position. The report of the Fiscal Council affected investments. And so does Brussels. The rules have improved public finances, but they have not made them more favorable to economic growth. In other words, when the skinny cows arrived, the investment in infrastructure, research and development, innovation or education was cut. The rules have not led countries, therefore, to a higher quality of spending.

Disparity between north and south

That is the diagnosis. The Commission has not, however, still wanted to make a proposal because of the disparity of criteria within the EU. The executive vice president, Valdis Dombrovskis, was able to verify it in Helsinki. The ministers agreed that the rules are complex, and even not very transparent, but they warned him of the consequences of opening the melon. Northern Europe wants more hard hands and almost automatic sanctions in case of default. The south, on the other hand, calls for more flexibility to increase social spending and formulas to protect investments.

The Commission, therefore, has decided to go step by step and will begin by launching a consultation among all stakeholders, including the European Parliament, the Council of the EU, the European Central Bank, the Economic and Social Council, the Committee of the Regions, national parliaments and governments, the central banks of each country, independent tax institutions or social agents. Among other issues, it will ask about how sustainable finance can be secured while ensuring growth; what is the best way to avoid the procyclical nature of the rules; how to protect investments that allow facing social and economic challenges such as population aging or future crises, or how to make the rules clearer.

That consultation, according to community sources, should be finished before the summer holidays. And from there, the Commission will try to formulate a reform proposal that it believes can be assumed by most states.