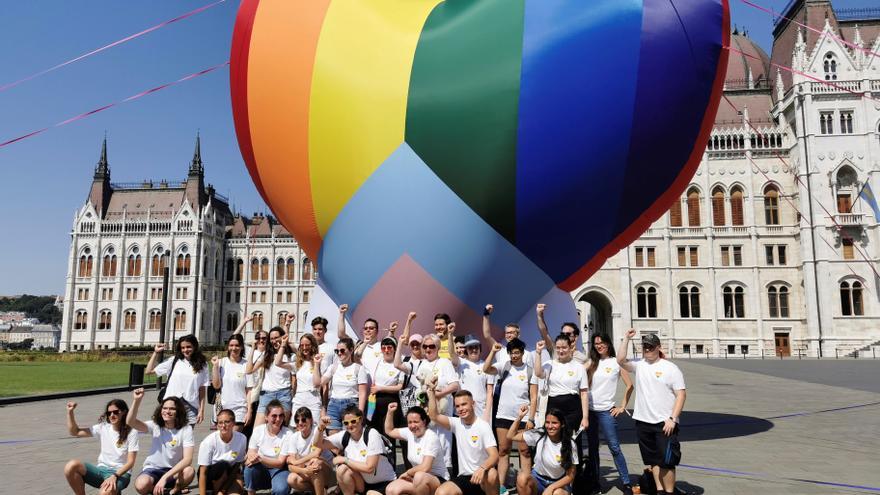 The European Commission this Thursday launched sanctioning proceedings against Hungary and Poland for their homophobic laws. The Community Executive understands that they violate the fundamental rights of LGTBIQ people. “Europe will never allow parts of our society to be stigmatized: be it because of the people they love, because of their age, ethnicity, political opinions or religious beliefs,” said European Commission President Ursula von der Leyen, a few days ago in the European Parliament.

Brussels defends that “equality and respect for dignity and human rights are fundamental values ​​of the EU, enshrined in Article 2 of the Treaty on European Union”, so “it will use all the instruments at its disposal to defend these values”.

In Hungary, the reported cases include the recently passed law, which prohibits or limits access to content that promotes the so-called “divergence of self-identity corresponding to sex at birth, sex change or homosexuality” for persons under 18 years of age; and a disclaimer –Disclaimer– in children’s books with LGTBIQ content.

In relation to Poland, the European Commission considers that the Polish authorities did not fully and adequately respond to its investigation into the nature and impact of the so-called “LGTB ideology-free zones” adopted by various Polish regions and municipalities.

The two Member States now have two months to respond to the arguments put forward by the Commission. Otherwise, the European Commission may decide to send them a reasoned opinion and, in a later step, forward them to the Court of Justice of the European Union.

On June 23, 2021, Hungary published a law that establishes a series of restrictive and discriminatory measures; in particular, it prohibits or limits access to content that propagates or portrays the so-called “divergence of one’s own identity corresponding to sex at birth, sex change or homosexuality” for persons under 18 years of age.

“The protection of the minor is a legitimate public interest that the EU shares and pursues,” says Brussels, “however, in this case Hungary has not explained why the exposure of children to LGTBIQ content as such would be detrimental to their well-being or it would not be in the best interests of the child. ”

Therefore, the Commission has decided to send Hungary a formal notification letter because it considers that the law violates a number of EU rules.

Furthermore, “some of the contested provisions violate the e-commerce directive (namely the country of origin principle). The law prohibits the provision of services that display content showing different sexual orientations for minors, even if these services originate in other Member States “.

In addition, Hungary “did not justify the restriction of cross-border information society services”; “It did not notify the Commission in advance of some of the contested provisions despite the obligation to do so set out in the Single Market Transparency Directive”; “It has violated the principles of the Treaty on the free provision of services and free movement of goods, by failing to demonstrate that the restrictions are duly justified, non-discriminatory, and proportionate”; and “the established right to data protection is being violated by some of the challenged provisions.”

Finally, the European Commission believes that the Hungarian provisions “also violate human dignity, freedom of expression and information, the right to respect for private life and the right to non-discrimination”.

On January 19, 2021, the Hungarian Consumer Protection Authority forced the publisher of a children’s book featuring LGTBIQ persons to include a disclaimer to the effect that the book describes forms of “behavior that deviate from traditional gender roles “.

“This amounts to restricting the right to freedom of expression and the right to non-discrimination enshrined in the Charter of Fundamental Rights of the EU and violates the directive on unfair commercial practices,” according to the European Commission, which has decided to send to Hungary a letter of formal notice because it considers that, by imposing the obligation to provide information on the divergence of “traditional gender roles” ‘, Hungary “restricts the freedom of expression of authors and book publishers, and discriminates on the basis of orientation sexual unjustified “.

Specifically, “Hungary has not justified the restriction of these fundamental rights, nor has it provided any justification as to why the exposure of children to LGTBIQ content would be detrimental to their well-being or would not be in line with the best interests of the child.”

Poland and its “zones free of LGTB ideology”

“The European Commission is concerned that these statements may violate EU legislation on non-discrimination on the grounds of sexual orientation”, states the Community Executive: “Therefore, it is necessary to carry out a detailed analysis of the compatibility of the resolutions with EU law “.

“Therefore”, concludes Brussels, “Poland is hampering the ability of the European Commission to exercise the powers conferred on it by the Treaties and violating the principle of sincere cooperation that requires Member States to provide genuine cooperation to the institutions of the Union. The Commission has therefore decided to send a letter of formal notice to Poland for its lack of cooperation. ”