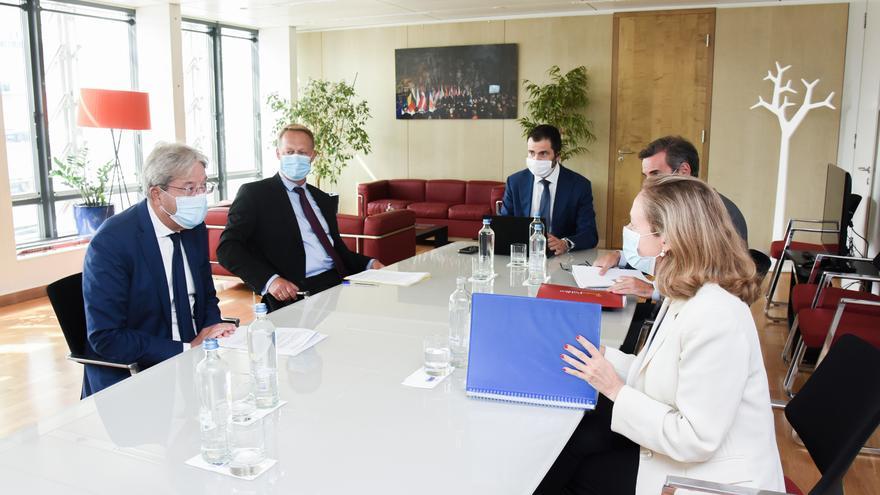 Brussels maintains the free spending bar until, for now, 2023. That is, it leaves open the tap of public aid in the face of the new waves of the pandemic during this year and next. Of course, the European Commission plans to reactivate the Stability and Growth Pact in 2023, at which time the requirement to meet the debt (60% of GDP) and deficit (3% of GDP) ceilings would be resumed with a path that, with two years ahead, it is not yet defined.

Thus, the European Commission recognizes that “the pandemic has significantly changed the context of public debate, with higher levels of debt and deficits and significant production losses, greater investment needs and the related introduction of new policy tools at the EU level. Furthermore, the general escape clause was used for the first time in the application of fiscal supervision. The relaunch of the public consultation on the economic governance framework will allow the Commission to reflect on these challenges and draw lessons. In light of the COVID crisis and the need to focus on recovery funds and immediate political response, its relaunch has been postponed. ”

Meanwhile, given that the general escape clause activated by the European Commission to allow the 27 to skip the deficit and debt ceilings without sanction does not suspend the procedures of the Stability and Growth Pact, the Community Executive announces that it will propose policy guidelines country-specific fiscal as part of the European Semester Spring Package.

In other words, in May Brussels will continue to provide recommendations to member states, “while using all the flexibility it contains to ensure that fiscal policy coordination addresses the exceptional situation that the pandemic has given rise to.”

Thus, the European Commission affirms that “the orientations of fiscal policy will continue to be predominantly qualitative and will include some different quantified element as part of the medium-term orientation”. And he adds that “the boost from European recovery funds, an improvement in the underlying fiscal position and the implementation of reforms and investments to boost potential growth are beneficial and will be taken into account in the guidance proposal.”

In this context, “the European Commission intends to take into account the great uncertainty, the agreed fiscal policy response to the COVID-19 crisis and the recommendations for 2021: the Commission’s approach will be confirmed in the Semester package Spring European, based on the results data for 2020 and the stability and convergence programs of the Member States “.

As part of the spring package of the European Semester, the European Commission will also assess the deactivation or the continuation of the application of the general escape clause of the Stability and Growth Pact. In the Commission’s view, “the decision to deactivate the general escape clause or keep it for 2022 should be taken as a global assessment of the state of the economy based on quantitative criteria, such as the level of production in the EU or the euro area in comparison with pre-crisis levels would be the key quantitative criterion. ” And he adds: “The current preliminary indications would suggest to continue applying the general escape clause in 2022 and to deactivate it from 2023.”

When the recovery occurs, the European Commission intends to reignite the debate on the economic governance framework. The Commission’s February 2020 review, which included the 2030 Agenda goals, identified recognized challenges with the fiscal framework and its implementation. “While overall deficit and debt levels declined, in some Member States very high public debt persisted before the current crisis,” says Brussels: “The fiscal stance at Member State level had often been pro-cyclical, both in terms of the good and the bad, respectively, by not creating enough reserves in some periods or by not making sufficient use of fiscal space in others. The composition of public finances had also not become more favorable to growth and investment. After major economic shocks, the ability to steer the fiscal stance of the euro area had been hampered by a lack of prudent policies in good times and remained limited as long as it relied exclusively on the coordination of national fiscal policies, in the absence of a central capacity for fiscal stabilization “.