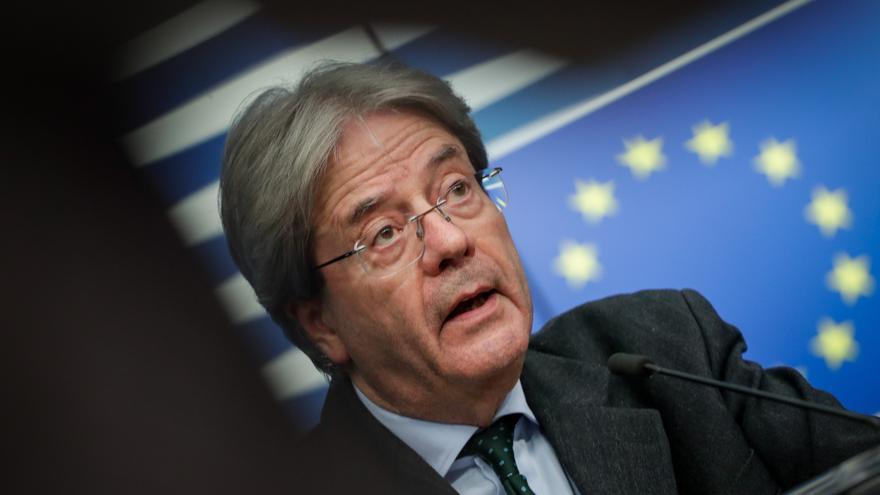 The European Commission launches a new plan to create a corporate tax in the European Union in the face of fiscal ‘dumping’ from countries such as the Netherlands and Luxembourg. Thus, the College of Commissioners has adopted this Tuesday a communication to promote a “strong, efficient and fair corporate tax system in the European Union”. Thus, Brussels “establishes a vision for both the long and the short term, to support Europe’s recovery from the COVID-19 pandemic and guarantee adequate public revenue in the coming years.” However, at the moment Brussels does not advance what rate that tax would have. “Today”, said the European Commissioner for Finance, Paolo Gentiloni, “EU Member States are losing tens of billions each year to fraud and tax evasion: it is estimated that 50,000 million euros per year, per cross-border VAT fraud, 46,000 million annually, for international tax evasion of individuals, and between 35,000 and 70,000 million each year as a result of company tax avoidance in the EU. ”

The proposal “is part of a broader EU tax reform agenda for the coming years promoted by the European Commission,” they say in Brussels. In addition to the corporate tax reform, the European Commission “will shortly present a digital tax, which will serve as the EU’s own resource, as well as a revision of the energy tax directive and the carbon frontier adjustment mechanism. (CBAM), in the context of the European Green Deal “.

Brussels acknowledges that “the patchwork of national corporate tax rules is complicated for companies operating cross-border in the single market. Facing up to 27 different national tax systems creates problems for companies and hurts investment and growth,” as well as the competitiveness of the EU “.

“While corporate income is taxed domestically,” continues the European Commission, “business models continue to be increasingly international, complex and digital. This creates high compliance costs for companies and risks of double taxation. At the same time, some companies exploit the loopholes between tax systems through aggressive tax planning strategies, which also makes it difficult for citizens to know how much companies are actually paying in taxes, which can undermine confidence in the tax system as a whole. ” .

The objective of the Community Executive is “to create a fair and stable business environment, which can drive sustainable and employment growth, and increase our strategic autonomy. The communication takes into account the progress made in the G20 and OECD debates on reform tax on a global scale “.

First, the European Commission commits to present by 2023 “a new framework for business taxation in the EU, which will reduce administrative burdens, remove tax obstacles and create a more business-friendly environment in the single market. “.

The proposal has been dubbed Business in Europe: Framework for Income Taxation (BEFIT), and “will provide a single regulatory code on corporate tax for the EU, for a fairer distribution of taxation between Member States.”

BEFIT, according to Brussels, “will reduce red tape, compliance costs, minimize opportunities for tax avoidance and support EU jobs and investment in the single market.” This instrument “will replace the proposal that was pending of the Common Corporation Tax, which will be withdrawn.”

The Commission thus says it will “launch a broader reflection on the future of taxation in the EU, culminating in 2022 with a tax symposium on EU taxation with a view to 2050.”

Second, the European Commission communication “also defines a fiscal agenda for the next two years, with measures that promote productive investment and entrepreneurship, better safeguard national income and support green and digital transitions.”

The measures, Brussels announces, include: “Ensuring greater public transparency by proposing that certain large companies operating in the EU publish their effective tax rates; addressing the abusive use of shell companies with new measures against tax avoidance; supporting economic recovery by addressing the debt-equity bias in the current corporate tax, which treats financing through corporate debt more favorably than through equity capital. This proposal will aim to encourage companies to finance their activities through equity rather than through equity. resort to debt “.

Third, the European Commission adopted a recommendation on the internal treatment of losses on Tuesday, urging Member States to allow the carry-over of company losses to at least the previous fiscal year. “This will benefit companies that were profitable in the years prior to the pandemic, allowing them to offset their losses in 2020 and 2021 with the taxes they paid before 2020. This measure will especially benefit SMEs,” says the Community Executive.