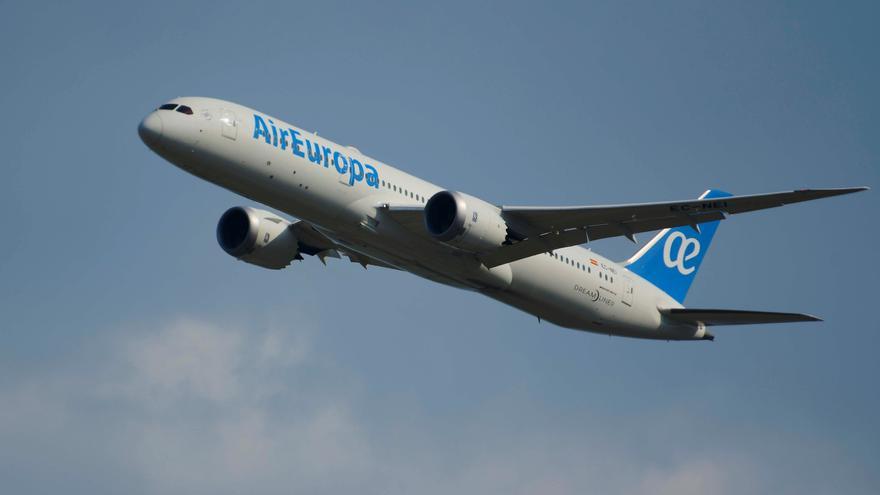 The European Commission (EC) announced on Tuesday the opening of an in-depth investigation to examine if the purchase of the airline Air Europa by the IAG group, to which Iberia belongs, puts competition at risk. Brussels has assured in a statement that it is concerned that the operation could reduce competition on Spanish national air routes and on international routes with origin and destination in Spain for passengers.

"We will carefully examine whether the proposed operation would negatively affect competition on domestic, short-haul and long-haul routes to and from Spain, which could lead to higher prices and lower quality for travelers," he said. in a statement the executive vice president responsible for Competition policy, Margrethe Vestager.

The commissioner recalled that IAG, which operates with Iberia and Vueling, among others, and Air Europa are the main airlines in Spain and that they are fundamental providers of connections between Spain, the rest of Europe and Latin America. "It is important to ensure that the recovery of the sector takes place in a competitive environment that preserves sufficient choice for travelers," added Vestager.

IAG and Air Europa are, respectively, the first and third companies to provide regular passenger air transport services in Spain. Both operate a network of Spanish national routes, as well as other short-distance ones between Spain and other countries in the European Economic Area (EEA) or outside the EU, and long-distance routes between Spain and America.

The Commission's preliminary investigation revealed that IAG and Air Europa compete directly for passenger air transport services in Spain, in particular on several routes between Madrid and the US and Latin America, as well as on several domestic and short-haul routes, including connecting flights that take passengers to Madrid so they can continue traveling to the United States and Latin America.

At this stage, the Commission is concerned that the proposed operation could significantly reduce competition in cities of origin and destination within Spain and to or from this country, between which both airlines offer direct services.

There are routes that only IAG and Air Europa operate

The Commission also fears the effect of the proposed operation on routes where other airlines depend on Air Europa's national and short-haul network for their own operations at Madrid airport and other EU airports.

The European Commission says it has found that competition from other airlines, not even from low-cost European airlines, would probably exert sufficient pressure on the merged entity on routes where it would have high market shares.

It also seems insufficient, he adds, the competitive pressure of the European airlines of regular service or of the Latin American airlines. The proposed operation was notified to the Commission at a time when the recovery of the aviation sector from the consequences of the coronavirus pandemic remains subject to uncertainty.

The Commission has investigated to what extent the coronavirus crisis would affect IAG, Air Europa and the operation of its competitors but has not been able to determine whether, in the long term, the companies would continue to compete on each and every route on which they competed before the crisis, based on the information available.

Brussels will now investigate in depth the effects of the operation to determine whether it is likely to significantly reduce effective competition. The proposed operation was notified to the Commission on May 25, 2020. IAG and Air Europa have decided not to submit commitments, the EC said. The Commission now has 90 working days, until November 5, 2021, to make a decision. Brussels recalled that the opening of an in-depth investigation does not prejudge its outcome.

Escrivá advances 217,000 new jobs in May and charges against the Bank of Spain