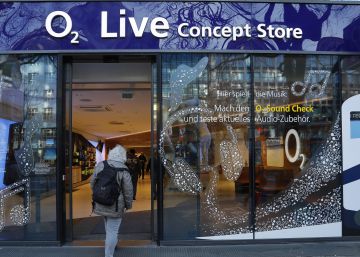 The European Commission has sent a statement of objections to the mobile phone operators O2 CZ and T-Mobile CZ, a subsidiary of Deutsche Telekom, as well as to the telecommunications company that provides the CETIN infrastructure after reaching the conclusion, following a preliminary investigation, that your agreement to share the network restricts competition and breaches European antitrust standards.

"In this case, we are concerned that the agreement to share the network between the two large operators in the Czech Republic reduces competition in the most densely populated areas of the country," said Competition Commissioner Margrethe Vestager.

The Community Executive acknowledges that the one that operators share the network in general terms benefits consumers because it allows for faster deployment and coverage in rural areas. However, in this case it has concluded, from a preliminary investigation, that the agreement to share the network between the two main operators in the Czech Republic restricts competition and damages innovation, because it is likely to eliminate incentives for both to improve their networks and services for the benefit of users and therefore is contrary to EU antitrust rules.

The Community Executive has assessed that the Czech telecommunications market is very concentrated – with just three operators, including Vodafone – as O2 CZ, whose mobile infrastructure and wholesale business have been transferred to CETIN, and T-Mobile CZ They cover 75% of subscriptions.

O2 CZ –which belongs to the PPF group from Czech billionaire Petr Kellner— and T-Mobile CZ They started sharing the network in 2011 and currently their agreement covers the 2G, 3G and 4G networks throughout the country, except in the capital Prague and Brno, that is, it reaches 85% of the population.