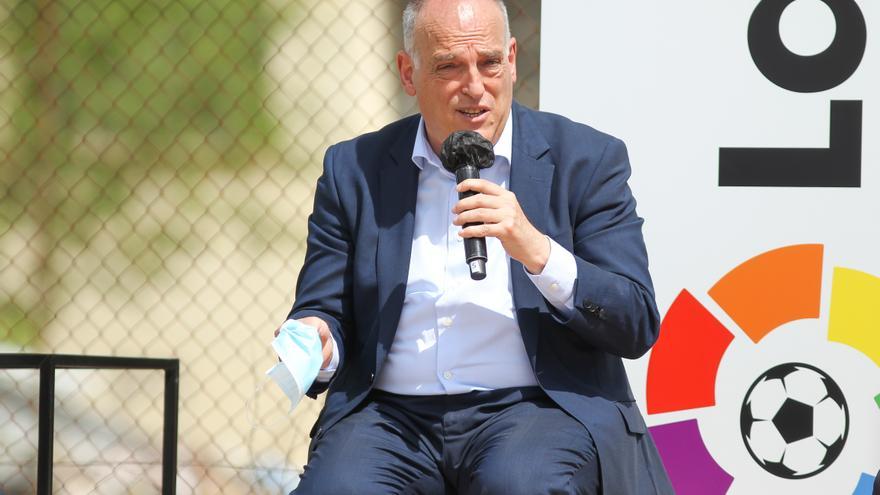 The flow of money from the fund CVC Capital Partners will begin to reach the clubs of The league in the next few days, between this week and the next. Despite the fact that the forecast was that the first payment of the agreement would be made before the end of 2021, the bureaucracy has postponed the definitive start-up of the project for a few days.

Given that the agreement consists of the creation of a new company called LaLiga Impulse, shared by the clubs involved through LaLiga and the investment fund, this had to be submitted to the scrutiny of the authorities of Competence, in this case those of the European Union, given that CVC operates in several countries on the continent.

LaLiga was waiting for the resolution of the community authority and has received it in recent days, as El Periódico de España has learned, with favorable opinionalthough it has not been made public. In reality, it was fully trusted that it would be a mere formality and neither the clubs nor the investment fund feared a contrary resolution that would annul or force them to modify their agreement.

Once this bureaucratic hurdle has been overcome, the funds provided by CVC are released for distribution to the 38 signatory clubs of the agreement, all of the First and Second except Real Madrid, Barcelona, ​​Athletic and Ibiza. Oviedo, who abstained in the vote on December 10, will also finally join the agreement.

Of the 1,994 million euros in which the agreement is encrypted by which CVC will obtain 9% of the profits derived from the television rights of the clubs for the next 50 years, 400 are already available to the clubs, which will begin to receive them this week or the which comes very late.

However, this is not a direct injection of liquidity, but 70% of those funds They go against specific projects, which have been analyzed in recent weeks by a commission created 'ad hoc' by LaLiga for this project. These are projects mainly linked to infrastructure, digitization and international expansion.

The remaining 30% is divided equally between money destined to expand the salary limits (some clubs already used it in advance in the summer market) already restructure your debt.

The agreement, however, is at the expense of what the ordinary courts of Justice may rule. On December 15, five days after the Assembly in which the alliance was approved, Real Madrid, Barcelona and Athletic announced that they had taken legal action to try to overturn an agreement that the three clubs consider contrary to the legislation current.

The RFEF, chaired by Luis Rubiales, also branded the agreement as illegal, although it has not yet taken legal action in this regard. From the federation they explain that they are not in a hurry and that their legal department is studying the matter to determine the best way to proceed in this case. The government, through Higher Sports Councilremains on the sidelines for the time being.

Faced with the possibility that the Justice could suspend the agreement in a precautionary manner, LaLiga covered its back by agreeing with CVC a credit line for the same amount of the first payment: 400 million euros. This financial instrument, independent of the global agreement, will only be activated in the event that the LaLiga Impulso project is paralyzed.