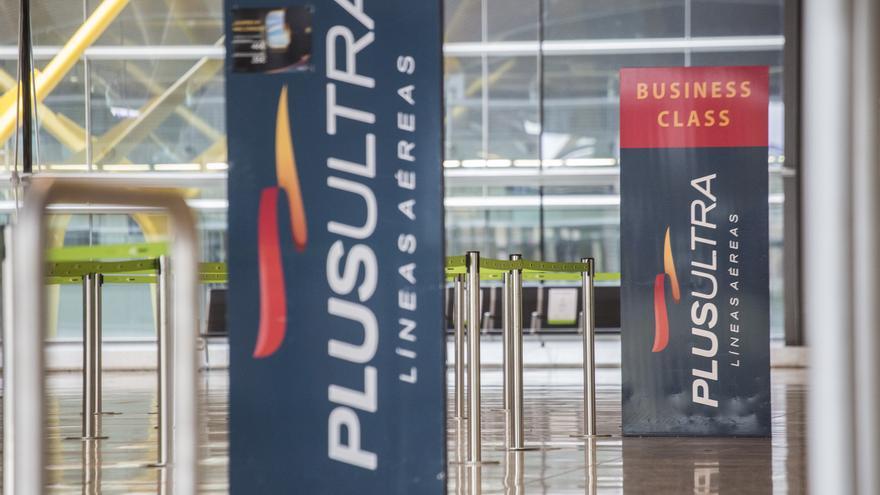 The Plus Ultra case has landed in Brussels. But, at the moment, no “formal investigation” by the European Commission on the decision of the Spanish Government to grant 53 million euros to the airline is taking off. A help that, for the moment, has been paralyzed by the courts in the face of doubts that it is “justified”, after complaints from Vox and Ciudadanos, before the ordinary justice and the Court of Accounts, respectively. The justification has to do with the fact that it is a viable company with losses caused by the pandemic and that the company has a strategic element in its sector. The State had already provided a loan for 19 million and what has temporarily stopped justice is the second tranche, of 34 million.

Since the aid to Plus Ultra was approved by the Government, last March, there have been six parliamentary questions from members of the PP (Esteban González Pons and José Antonio Millán Món); Citizens (Luis Garicano and José Ramón Bauzá) and Vox (Jorge Buxadé), in addition to a letter registered by Garicano before the General Directorate of Competition that was not classified as a “formal complaint” but as “market information” for not being the spokesperson of Citizens considered an “interested party” by Brussels.

This Thursday, the spokesperson for Ciudadanos and vice president of Renew Europe has made public documents exchanged with Brussels as a result of the complaint filed with the Competition in April, which allows access to the Government’s arguments to defend the granting of aid to the airline. Indeed, Brussels, after receiving Garicano’s letter, requested information from Spain and subsequently offered Garicano the possibility of arguing about the Government’s statement. However, after evaluating everything, he concluded that he could not treat Garicano’s brief as “a formal complaint, but as market information.”

“There is no formal investigation into this measure,” the spokesmen for the European Commission insisted this Thursday afternoon, contrary to what was announced by Citizens.

In general, market information on alleged unreported or allegedly misused aid can be used by the Community Executive to decide to investigate a matter on its own initiative on the basis of a number of factors, including its possible impact on the internal market.

While complaints must be submitted by interested parties, such as competitors or trade associations of competitors, who may be directly affected by the alleged aid, the market information can come from any source.

“The European Commission does not have any specific comment on the recent files or, more generally, on the Spanish support for Plus Ultra at this stage. There is no formal investigation into this measure,” explains a community source.

“On July 31, 2020, the Commission approved a Spanish fund of 10 billion euros to provide debt and equity support to companies affected by the coronavirus outbreak. The European Commission has also approved several Spanish schemes to support companies in the context of the coronavirus outbreak in the form of public guarantees or public loans, “continues the community spokesperson:” It is up to the Member States to select the beneficiaries of a scheme approved in the time frame and ensure compliance with the conditions of the scheme, as well as national regulations and the EU in general “.

The answer, this Thursday, is in line with what was answered, also, to the six parliamentary questions from MEPs on the matter presented in two weeks and all cleared by the European Commission.

In the first, presented by Esteban González Pons (PPE) on March 10 last, He spoke of links with Nicolás Maduro and asked if “the aid is justified” and if “in Spain there are sufficient control mechanisms to avoid aid as suspicious as this one.” In her response, the European Commission Vice-President for Competition, Margarethe Vestager, states: “It is up to the authorities of the Member States to decide whether a plan should support certain companies, as well as to ensure that the conditions and safeguards of the plans are met. approved by the Commission and, more generally, that aid measures granted under such schemes are in accordance with EU state aid rules. Only recapitalization measures exceeding 250 million need to be notified individually to the Commission and assessed by the latter. The aid granted to Plus Ultra Airlines SA was not notified individually to the Commission because it is below this threshold “.

Two weeks later, on March 24, Garicano asked “Will the Commission examine these measures?” And Vestager’s response insisted on the same arguments, although it emphasized that the Government should be transparent: “It is mainly up to the authorities of the Member States to decide whether a plan approved under the aforementioned Temporary Framework should support certain companies in particular, and ensure that the conditions and safeguards of the regimes approved by the Commission are met. Only recapitalization measures exceeding 250 million must be individually notified to and evaluated by the Commission. In addition, the Commission can monitor the regimes approved in that regard. regarding the correct application of the Temporary Framework and the Commission’s decisions regarding individual recapitalizations that do not require individual notification. On the other hand, pursuant to the Decision approving the Spanish recapitalization plan, Spain undertook to publish information on each individual grant awarded under that scheme menu “.

On the same 24, Millán Mon presented another question on the same matter, this time placing more emphasis on the Venezuelan approach to the question: “What measures has the Commission taken or will it take to ensure that the facts do not constitute a breach of the Regulation on restrictive measures, taking into account the situation in Venezuela?” And in this case, the one who answered was the Vice President of the European Commission and High Representative for Foreign Policy, Josep Borrell: “The Fund to support the solvency of strategic companies mentioned in the question has been created at the national level by the Government Spain.1 The recapitalization scheme approved by the Commission is not financed with EU funds Support measures under this scheme below the 250 million threshold do not need to be individually notified to or assessed by the Commission. It is primarily up to the Member States to ensure compliance with EU rules and conditions within the approved regimes. “

A day later, it was Jorge Buxadé (Vox) who presented two questions about Plus Ultra to the European Commission. The first was: “Does this aid comply with European rules on state aid?”. And Vestager’s response was traced to Garicano’s: “Only recapitalization measures that exceed 250 million must be notified individually to the Commission, for it to evaluate them. Given that the aid to Plus Ultra Airlines SA is below this threshold, was not notified to the Commission and therefore not evaluated by it. It is primarily the responsibility of the national authorities to ensure that the conditions and safeguards of the regimes approved by the Commission are met and that, more generally, they are complied with. the regulations concerning state aid. Furthermore, the Commission can supervise the approved regimes with regard to the correct application of the Temporary Framework and the Commission’s decisions regarding recapitalization regimes that do not require individual notification. Also from the decision approving the Spanish recapitalization regime, Spain undertook to publish information on each individual aid granted under the scheme “.

And the second was: “Is the Commission aware of or is it investigating irregularities in the activity of this airline?” To which the European Commissioner for Transport, Adina-Ioana Vălean, replied: “The competent licensing authorities of the Member States are responsible for examining compliance with the applicable requirements whenever a potential problem is suspected. In the event of a change in one or more elements that affect the legal situation of an EU airline, it is up to these authorities to decide whether it is necessary to resubmit the operating license for approval. In the case of Plus Ultra Lineas Aereas SA, therefore, this is a matter that falls primarily to the Spanish authority “.

And that same day, March 25, José Ramón Bauzá (Citizens), registered a similar question: “Is the granting of aid to the airline Plus Ultra Lineas Aereas a violation of Community law?” A question answered by Commissioner Vălean in a similar way to how she answered Buxadé and as Vestager answered previously: “More than 50% of the ownership of all EU airlines and their effective control must rest with EU nationals. Competent authorities for the granting of licenses in the Member States are responsible for examining compliance with the applicable requirements. Therefore, the case of Plus Ultra Lineas Aereas SA is the responsibility of the Spanish authorities in the first instance. The Commission understands that the assistance to this The company was granted under the Spanish recapitalization plan, approved by the Commission under the Temporary Framework for State aid measures to support the economy in the context of the current COVID-19 outbreak. , the Member State only has to notify individually recapitalization measures exceeding 250 million for the Commission to assess them and. Since the aid to Plus Ultra Airlines SA is below this threshold, it has not been notified or assessed by the Commission. It is primarily for the Member State authorities to ensure that the conditions and safeguards of the plans approved by the Commission are met and that, more generally, the aid measures granted under the approved plans comply with the rules on state aid “.