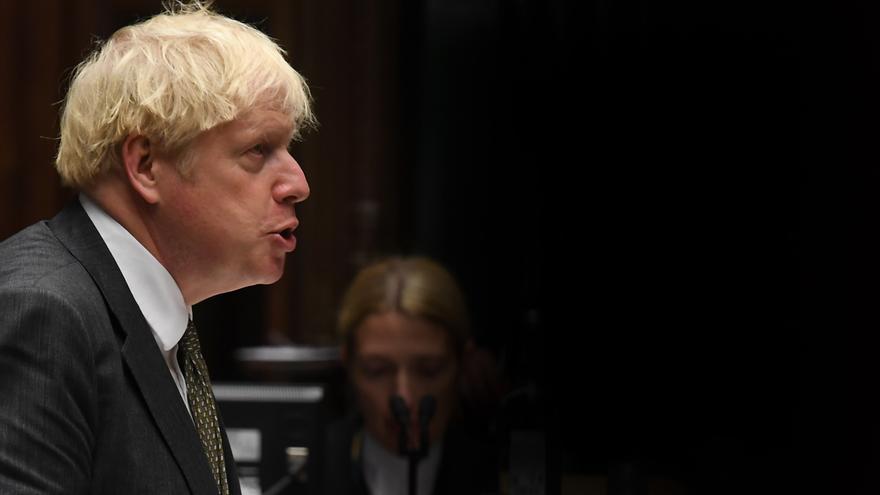 Brussels has fulfilled the ultimatum. The European Commission gave Boris Johnson’s government until the end of the month to withdraw the internal market and customs law that violates the Brexit agreement in relation to the Northern Ireland protocol. Otherwise, he would go to court. And that is what the Community Executive is beginning to do.

The president of the European Commission, Ursula von der Leyen, announced this Thursday that she has sent the UK a formal notification letter for breach of its obligations under the Withdrawal Agreement. This marks the beginning of a formal infringement process against the UK. You have one month to respond to today’s letter.

“As you know, we had invited our British friends to remove the problematic parts of their internal market bill by the end of September. This draft bill is, by its very nature, a breach of the good faith obligation set out in the withdrawal agreement, “said Von der Leyen.

According to Von der Leyen’s no-questions-asked statement, if the legislative reform “is adopted as is, it will be in complete contradiction to Northern Ireland protocol. The deadline passed yesterday. The problematic provisions have not been removed. Therefore, this Tomorrow, the European Commission has decided to send a formal notification to the British Government. This is the first step in an infringement procedure. From here, the United Kingdom Government has a period of one month to send its observations. The European Commission will continue to work hard to achieve a full and timely implementation of the withdrawal agreement in compliance with our commitments. ”

The UK has until the end of this month to submit its observations on the formal notification letter sent this Thursday by the European Commission. After examining these observations, or if no observations have been submitted, the Community Executive may, where appropriate, decide to issue a reasoned opinion, which may result in a complaint to the Court of Justice of the EU, based in Luxembourg.

In this way, the European Union begins the path to take the United Kingdom to court over Boris Johnson’s decision to tear apart an agreement that he himself signed after three years of negotiations between the two parties to make Brexit effective, such as this happened on January 31st. London wants to rewrite the Irish protocol, introduced to square the circle that Northern Ireland leaves the EU while the Republic of Ireland remains in the EU within the EU’s single and internal market, and the 1998 Good Friday Agreement provides that there can never be a hard border between the two Ireland again.

Because now Johnson fears that what he himself signed could create a kind of unity between the Irish or a border between the island of Ireland and that of Great Britain, he has prepared a new customs law that comes to amend the withdrawal agreement in an aspect as nuclear as the Irish protocol, something the 27 are not willing to do and which, as the British Government itself has recognized, constitutes a violation of international law because it unilaterally breaks a signed agreement.

In addition to the astonishment that exists in Brussels and in the European capitals, after years of negotiation, money and time invested, so that Boris Johnson now skips what was signed, the Community Executive has on the table a report that paves the way to sue the UK in the EU Court of Justice for the actions of the British Government.

Meanwhile, the EU chief negotiator, Michel Barnier, has affirmed at the end of the previous round of negotiations to agree on the framework for the future relationship between the United Kingdom and the EU from 1 January 2021 that everything remains blocked by the London’s refusal to comply with the provisions of the Political Declaration signed with the Brexit withdrawal agreement.

British Prime Minister Boris Johnson, for his part, has repeatedly urged Members of the House of Commons to ignore Brussels’ concerns and pass a law amending the Brexit deal, as he believes it is the only way to avoid “irrational interpretations” that lead to a “border” in the Irish Sea – between the islands of Ireland and Great Britain.

However, former Conservative Prime Minister John Major has stated: “For generations, Britain’s word, solemnly given, has been accepted by friend and foe. Our signature on any treaty or agreement has been sacrosanct. Over the past century, to As our military strength has diminished, our word has retained its power. If we lose our reputation for honoring the promises we make, we will have lost something precious that we may never get back. ”

And the Speaker of the US House of Representatives, Nancy Pelosi, he pointed that “if the UK violates an international agreement and undermines the Good Friday Agreement, there will be no chance that a US-UK agreement will be approved by the US Congress.”