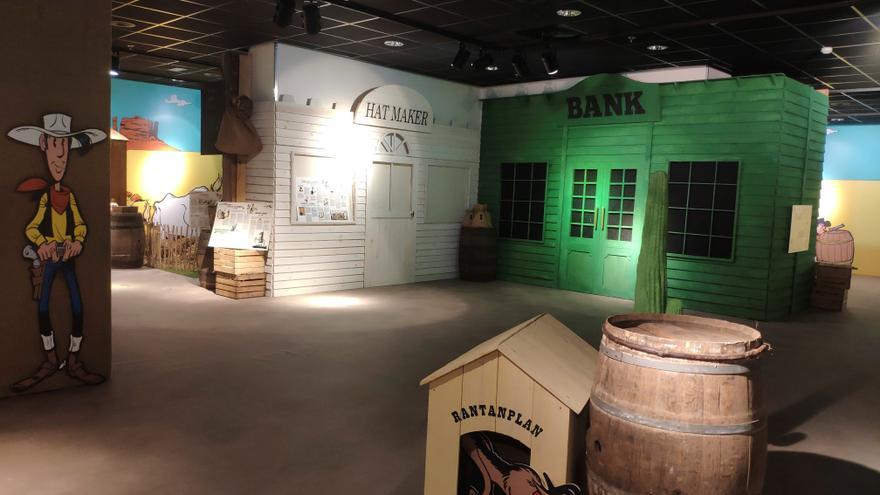 Brussels, Sep 10 (EFE) .- A month long, activities for all audiences throughout the city and three new urban murals are the novelties of the new special edition of the Brussels Comic Festival, one of the most anticipated events for lovers of the “bande dessinée” of the “capital of the comic strip”.

For a month, from this Friday, September 10, until October 10, the 12th “Fête de la BD” will seek, in the longest edition of its history, “to show people that the comic is something very accessible “, as the director of events for the Brussels region tourism area, Micha Kapetanovic, explains to Efe.

Thus, the festival has decided to reinvent itself this year by being held in various venues throughout the Belgian capital, with a multitude of different activities to attract people of all ages and tastes to the “ninth art”, ranging from exhibitions to signing sessions, through treasure hunts, screenings or conferences.

“We want to be present in all parts of the city, in accessible places such as galleries, museums, in a park, in bookstores … We want to be in all parts of Brussels”, says Kapetanovic in the Lucky Luke bar recreated in one of the the star exhibitions of this edition, which commemorates the 75th anniversary of the comic created by the Belgian cartoonist Morris.

The show imitates in life size many of the scenarios that have appeared (and continue to do so) in the funny comics of the cowboy “faster than his shadow”, his inseparable Jolly Jumper and Ran Tan Plan or his arch-enemies the Dalton brothers, throughout of its three-quarters of a century of history.

Precisely, Lucky Luke has recently come to the fore on the initiative of an association of Canadian schools to burn more than 5,000 copies featuring the Belgian cowboy and other characters such as Asterix or Tintin for considering them “racist and discriminatory.”

“Un cowboy dans le coton”, the last cowboy book, has received equal parts praise and criticism for openly addressing the issue of racism for the first time through a story that places Lucky Luke in Louisiana, a few years after the abolition of slavery in the United States, fighting against the Ku Kux Klan.

And is that “the characters of color were almost absent from the universe of Lucky Luke”, acknowledged in a press release the scriptwriter of the comic, Jul.

For Kapetanovic, that Lucky Luke and other characters change throughout history is a “good thing”: “Times have changed, opinions have changed, we see the world differently, and I think it is very important that the comic follow the events and adapt, “he argues to Efe.

But it is not only children who will be the protagonists of the new edition of the Comic Strip Festival: in the same headquarters, on Boulevard Anspach, in the heart of Brussels, you can visit an exhibition that takes the visitor to the New York of the years 60 featured in “Tanz!”, A graphic novel for adults by the award-winning Maurane Mazars, which addresses issues such as the LGBT community or post-war Germany.

In addition, the Republic of Korea will take the baton from Hungary and will be the guest of honor of this edition, to celebrate the 120th anniversary of the friendship treaty between Belgium and the Asian country and which will allow discovering the charms of the “manhwa” and the “webtoon “to festival visitors.

Another of the great novelties of the contest will be the creation of three new urban murals that will be included in the Brussels comic book route, which this year celebrates 30 years and which has become one of the great attractions of the Belgian capital.

In them, characters such as the famous Tintin, the Smurfs, Marsupilami or Lucky Luke himself are portrayed on more than 50 facades throughout Brussels, among which the Tintin mural in “The matter of calculation” stands out, 50 meters from the famous Grand Place.

“For Brussels, the comics and the comic strip mean a lot, it is part of our culture”, points out proudly Kapetanovic, one of the millions of Brussels that boast of being “the world capital of the comic strip”.