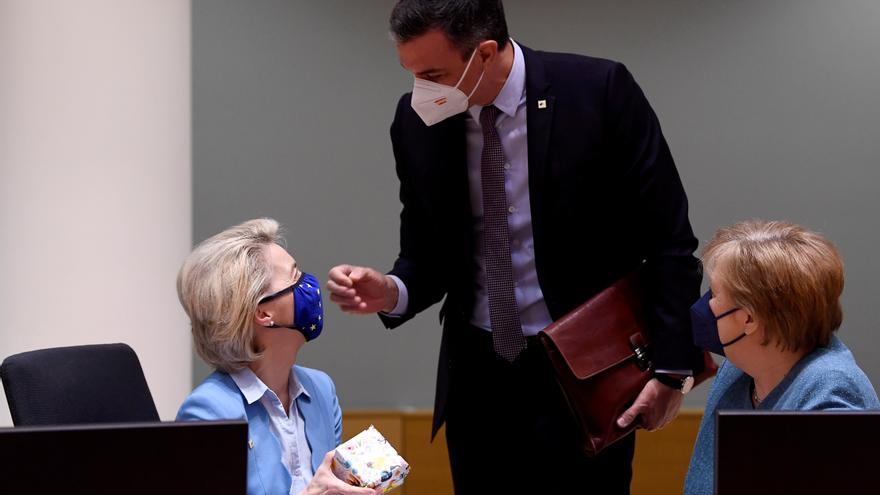 The European Union has just overcome the last major obstacle so that the 750,000 million euros of recovery funds agreed almost a year ago after five days of negotiations between the Heads of State and Government in Brussels begin to arrive. The parliaments of Austria and Poland, the last remaining of the 27, approved this Thursday the order of own resources, the necessary and essential legislation that enables the European Commission to go to the markets to issue community debt with which to finance the funds Europeans, of which 140,000 will go to Spain – although, for the moment, it has only requested the 69,500 million corresponding to transfers and not to credits, which can be requested until 2026 -, which expects the first 9,000 this summer – the 13 % of pre-financing–.

“With the successful votes in the Austrian and Polish Parliaments today, all 27 Member States have finalized the parliamentary process of approval of the Own Resources Decision. I am confident that all the remaining steps can be finalized in May, which will allow us would allow to launch the NGEU [fondos europeos] and start borrowing on the capital markets in June “, said the European Commissioner for Budgets, the Austrian Johannes Hahn.

In effect, the processing in the 27 national parliaments represents the previous step of what some in Brussels call the moment Hamiltonian to the fact that, for the first time in history, such an amount of debt is issued on a community basis.

Alexander Hamilton, first secretary of the US Treasury, managed in 1790 to put Thomas Jefferson and James Madison in agreement to resolve the debt accumulated after the revolutionary and independence process.

Hamilton succeeded in laying the foundations for a strong federal government by getting the national executive to take over and pay off state debts, and Jefferson and Madison got the national capital for the south: the District of Columbia, instead of New York or Philadelphia

The agreement that Hamilton reached resolved the impasse in Congress and was a step forward in the federal integration of the country. The South was blocking the assumption of state debts by the Treasury to undermine the program Hamiltonian to build a fiscally strong federal government. And the North rejected the proposal, much desired by Virginians, to locate the permanent national capital on the Virginia-Maryland border.

Is the agreement of the 27 to issue joint debt a kind of moment Hamiltonian in the European Union? As in 1790, it is about dealing with a large public debt after a deep crisis. As then, the south and the north were mutually blocking each other. As at that time, the crisis may be an opportunity to make a federalist leap forward through the issuance of 750,000 million debt by the European Commission, which also goes hand in hand with the approval of European taxes to address to repay that debt.

The Secretary of State of the European Union, Juan González-Barba, celebrated the ratification: “The European Commission may soon start issuing the common debt to finance national recovery plans.”

Indeed, the culmination of the process before the end of the month of May may mean that the forecasts of Brussels, that the first items of European funds will begin to arrive in July, 9,000 million of which would be for Spain, could get ahead of something. Or, at least, that the planned schedule is met, although the process of evaluating the plans by Brussels and the Council – the 27 governments – is also pending, which is going in parallel.

Spain submitted its recovery plan to the European Commission on April 30. The Community Executive then has up to two months to evaluate the documentation. Then the Council – the governments – have another 30 days. From there, the first part of the European funds can begin to arrive, the 9,000 million of pre-financing.

That is the timetable and the procedure. In this context, the European Commission has sent a letter to the Spanish Government. “Throughout the evaluation period, the European Commission is in constant contact with all the Member States, including Spain, on the content of their recovery and resilience plans,” say sources from the Community Executive, who do not clarify or who signs the letter , nor to whom it is addressed, nor when it was sent or what content it had. However, sources consulted by elDiario.es have confirmed that, among other issues, Brussels is asking about structural ERTEs.

“These exchanges are a completely normal part, foreseen in the evaluation procedure in accordance with the regulation of the recovery funds,” Brussels continues: “The objective is to clarify any doubts or request additional information.”

Economics sources explain that “there are no substantive issues, but rather technical issues related to some of the thousands of data that are given in the plan. In some cases what we are talking about is not changes, but rather clarifications. It’s a regular interaction like we’ve had for months and now it would be the last fringes to clarify some more technical aspects that do not affect the substance elements of the plan. ”

“The forecast is that we will adopt the first proposals for decisions in the second part of June,” said Finance Commissioner Paolo Gentiloni (PD / S & D) in the European Parliament. Once it is approved by the European Commission –for which it has two months–, the ball goes to the rest of the Ecofin members –for which they have up to one month–. “The Commission has two months for the evaluation. We will try to have the first evaluations before the end of June. Then it depends on the Council, which has a month, but it could speed up decision-making a little”, recalled the economic vice-president, Valdis Dombrovskis : “The first proposals of the Commission will be presented in the second half of June. I will not go into details regarding the current evaluation. In general we can be satisfied with the work carried out without prejudging the evaluation of the individual plans. There is a good balance between investments and reforms, and the green and digital objectives will be achieved, in some cases with considerable margin. The plans in general have a fairly important social dimension, with elements of social inclusion and equality, and will contribute to the application of the European Pillar of Social Rights “.

For the moment, the 27 have overcome the last obstacles so that the funds begin to arrive, as also illustrated by the French Minister for European Affairs, Clement Beaune.

The European Commission has recently improved Spain’s economic prospects (from 5.6% to 5.9%) thanks to the impact of European funds, which will grow above the EU average in 2021, although they are still below those of the Government (6.5%). The projections of the Community Executive project that the EU economy will expand by 4.2% in 2021 and 4.4% in 2022, while the Spanish one will lead and reach 5.9% in 2021 and 6, 8% in 2022. This represents a significant improvement in growth prospects compared to the 2021 winter economic forecast presented by the Commission in February. “Growth rates will continue to vary across the EU, but all Member States should see their economies return to pre-crisis levels by the end of 2022,” says Brussels.

Therefore, “the strong rebound expected from the second quarter of 2021 should allow Spanish GDP to return to its pre-pandemic level by the end of 2022,” says Brussels, adding: “The implementation of the Recovery and Resilience Plan [los 140.000 millones de fondos europeos] will play an important role in economic expansion, particularly in 2022. Dynamic domestic demand is expected to be the main driver of the recovery, accompanied by external demand in 2022, when tourism is expected to return to more normal conditions. The economic recession worsened the general government balance in 2020, but the deficit is expected to gradually decrease from 2021. ”