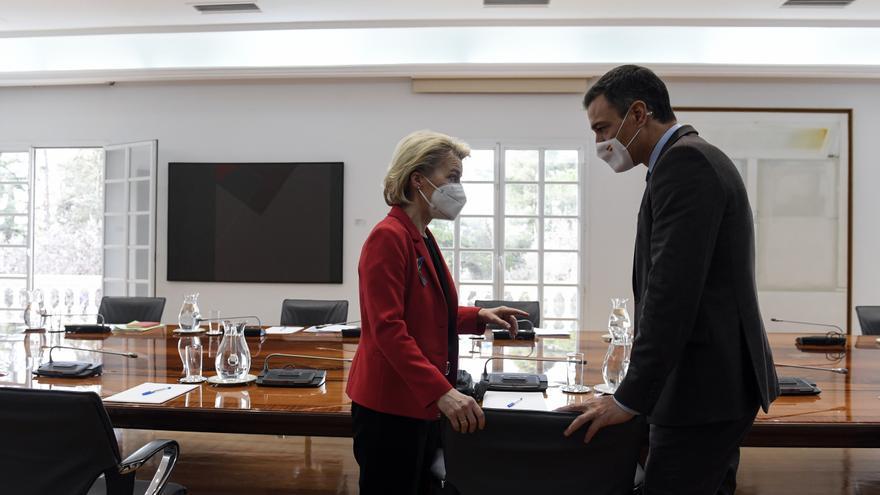 The electricity bill began to skyrocket a long time ago. And the war in Ukraine unleashed by the Russian invasion has only exacerbated the energy crisis: the wholesale price of electricity has chained another record this Monday and has reached 544.98 euros/MWhon the same day that the price of Brent oil is close to 140 dollars and marks a maximum since 2008.

This Tuesday the European Commission plans to present a new proposal to tackle the energy crisis. The debate, opened by countries such as Spain and France last autumn, on the functioning of a market that forms prices from the most expensive energy, in this case gas, seemed lost in what had to do with the reform of the market itself. On the other hand, the positions of Spain were being reflected in the consideration, by the Community Executive, of addressing joint purchases of gas and storage to prevent periods of shortage.

But the attack of the Russian president, Vladimir Putin, decreed on February 24 on Ukraine is changing everything. Among other things, because of the great European dependence on Russian gas and fuels. 40% of the gas consumed in the EU comes from Russia – neither Gazprom nor Sberbank nor Gazprombank are subject to sanctions at the moment – ​​and represents about 660 million euros per day for Moscow.

The European Union has already launched three sanctions packages. But in view of the evolution of the situation in Ukraine, the president of the European Commission, Ursula von der Leyen, acknowledged on Monday, before meeting with the Italian Prime Minister, Mario Draghi, that they are working "on additional sanctions".

In parallel to the sanctions policy, Von der Leyen has assured, on the eve of presenting his new energy proposal: "We have to get rid of dependence on Russian gas, oil and coal. The Commission will present its proposals tomorrow [por el martes]with three main pillars".

The first pillar would be "the diversification of supply outside of Russia and with reliable suppliers. It is mainly LNG [gas natural licuado] and gas by pipeline. Both have the advantage that the infrastructure, over time, will be compatible with hydrogen," said the President of the European Commission.

Von der Leyen has also explained that "the second main element is reenergize the European Union". That is to say, "an immense investment in renewable energies, such as solar, wind and hydrogen. We are looking for an acceleration of the European Green Deal. This is not only important and good for the strategic investment in our independence, it is also good for our industry and the planet."

The third pillar, according to the president of the Community Executive, is "the improvement of energy efficiency: from the renovation of buildings to intelligent industrial processes to effectively manage energy networks".

Finally, Von der Leyen said, "current energy prices are affecting consumers and companies" and it is necessary to discuss "how to ensure that the electricity market remains efficient despite high gas prices made worse by Putin's war.

In this sense, the head of the Community Executive diagnoses two dimensions: "The immediate one is to protect the most vulnerable consumers and companies, and the most structural is to examine our electricity markets given that our energy matrix is ​​being transformed. Today we have a certain proportion of renewable energy, but a large proportion of gas, oil and coal. This will change. With massive investment in renewable energy, we will see a larger and growing share of renewable energy. We will greatly increase its quantity and this, of course, changes the structure of our market. Therefore, we have to analyze the composition of the market."

During his visit to Spain on Saturday to meet with the Prime Minister, Pedro SánchezVon der Leyen recognized that "Spain is a pioneer" due to the "impressive share of renewable energies", while "in the national energy mix, renewable energies play an important role. With extensive LNG capacities. But also with considerable experience and industrial agents in the field of renewable energies".

"Therefore", said Von der Leyen, "Spain can and will play an important role in supplying Europe. To do this, we must work, in effect, on the interconnections between the Iberian Peninsula and the rest of the European Union. A second priority right now, of course, is the need to help consumers, households and businesses that are indeed struggling with high energy bills."