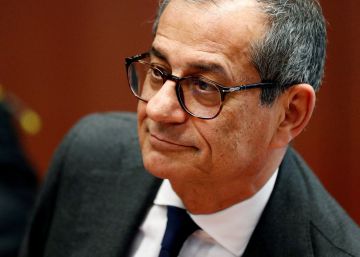 Italy has managed to get away for the second time in just six months of the infringing procedure that would lead her to be under the tutelage of Brussels. The strategy of Prime Minister Giuseppe Conte to keep his vice-presidents Luigi di Maio (M5S) and Matteo Salvini (Lega) silent while negotiating with Brussels has paid off. The European Commission considered Wednesday the adjustments for 7.6 billion euros that Rome has launched to keep its deficit around 2% of the Gross Domestic Product (GDP). "The dialogue has allowed a level of corrections that allows us to say that the procedure is not necessary," announced the Commissioner for Economic Affairs, Pierre Moscovici.

Brussels launched the mechanism to open file to Italy last June after finding that the formula for lowering taxes and raising expenses last year led the country to renege again with the criterion of debt, which exceeded 132% of GDP . The Commission also foresaw that neither in 2019 nor 2020 would conform to the rules, and warned with concern that the public deficit could climb to 3.5% of GDP. The budgetary slippage, according to the technicians of Brussels, justified to tie short to the Government of Conte.

Noting that, after a year of government, the debt did nothing but increase, Conte decided to ask Di Maio and Salvini to give up their provocations to Brussels when their Finance Minister, Giovanni Tria, tried to avoid sanctions. Both accepted, although they did not facilitate their work: they imposed contradictory red lines on each other that corseted their options. The M5S demanded measures that suppose to increase the public cost, whereas the Lega pressed to lower taxes.

Finally, Italy has found a way to cut 7,600 million euros, equivalent to 0.47% of GDP, through more tax revenues and financial participation. In addition, it has decided to freeze a game of 1,500 million that will be added to the 2,000 million that it left parked in 2018. The numbers of Brussels guarantee, according to Moscovici, the commitments of Italy not to exceed the deficit of 2,04% of GDP . "It would be counterproductive from the economic point of view and access to public debt to ask for more," said the commissioner.

However, Italy continues to worry, so community sources do not rule out that before giving the relief to the new Community Executive, Moscovici must start the infringing proceedings again. "This is not the end of the road, we will have to keep a close eye on the budget execution of the second semester and evaluate very carefully the planning for next year," Moscovici warned.. With the forecasts of the Commission in hand, they paint coarse for 2020, so the commissioner again pronounced his new mantra: "My door is still open".

The Commission should explain to the Council of Finance Ministers the EU next week the reasons for its decision. On the last occasion, he had to bear the criticism of the Netherlands, which considered that the pact sealed between Brussels and Rome was outside the community norms. "The objective of the Stability and Growth Pact is not to punish or put anyone in the waist, but to guarantee a sound financial policy that corrects problems when they are detected," said Moscovici. Even so, he warned: "It is the responsibility of the Italian Government that the commitments are fulfilled".