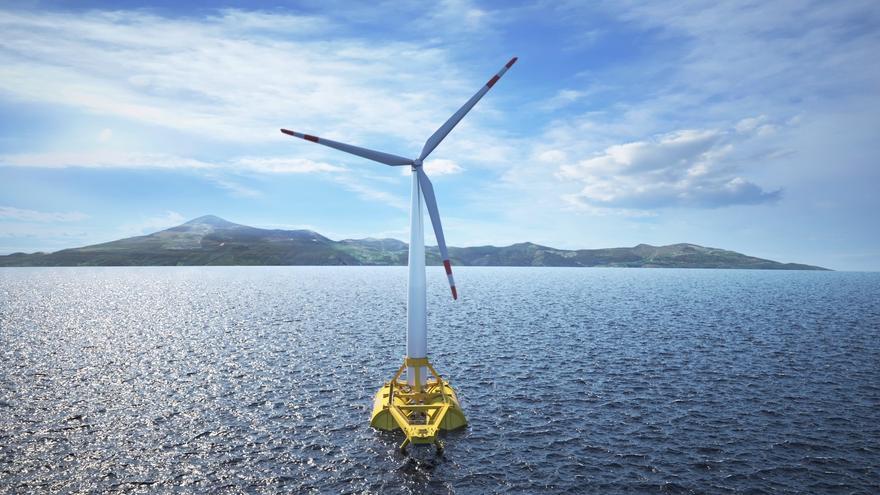 800,000 million in marine renewable energy between now and 2050. This is what the European Commission is asking to invest in order to meet the EU’s climate neutrality goal by 2050. The EU Executive’s strategy presented this Thursday proposes to increase Europe’s offshore wind capacity from its current level of 12 GW (gigawatts) to at least 60 GW by 2030 and 300 GW by 2050. The European Commission aims to complement this with 40 GW of ocean energy and other emerging technologies such as floating wind and solar energy by 2050.

“The decarbonisation of the energy sector through renewable energies is one of the key elements of the European Green Deal”, states the European Commission: “Offshore renewable energy is among the technologies with the greatest potential for expansion, given the large number of and the variety of sea basins in the EU and the constantly falling costs of new installations Expanding offshore renewable energy generation would increase the direct use of electricity across a broader spectrum of end uses in our economy. It would also support indirect electrification through renewable hydrogen and other decarbonized gases. ”

According to Brussels, “the development of renewable energy offshore is a true success story in Europe. Although offshore renewable installations are still concentrated in some marine basins, the industrial activity that sustains them is fed by a large number of companies spread across EU countries and regions, including inland and landlocked regions. For example, components for wind turbines are manufactured in Austria, the Czech Republic and inland regions of Spain, France, Germany and Poland. ” In this sense, the European Commission understands that “the EU Atlantic Ocean has a high natural potential for floating offshore wind energy and a good natural potential for wave and tidal energy:” France, Spain and Portugal have also established a good regional cooperation level for Southwest Europe on interconnections. ”

The growth that Brussels seeks will be based “on the enormous potential of all Europe’s sea basins and on the global leadership position of EU companies in the sector,” says Brussels, which wants to “create new opportunities for the industry, generate green jobs across the continent and strengthen the EU’s global leadership in marine energy technologies. ”

To promote the expansion of offshore energy capacity, the European Commission “will encourage cross-border cooperation between Member States in long-term planning and deployment.”

This will require “the integration of offshore renewable energy development goals into national maritime spatial plans that coastal states must submit to the European Commission by March 2021.” The European Commission will estimate that an investment of almost € 800 billion will be needed between now and 2050 to meet the proposed targets, “about two-thirds to finance the associated grid infrastructure and one-third for offshore power generation. Most of this money will come from private investments. This strategy aims to provide certainty to investors and alleviate perceived risk through the targeted deployment of public funds. Measures including future revision of the State aid guidelines and directive of the EU on renewable energy will provide a completely updated framework to deploy clean energy in a cost-effective way. ”

Provide a clear and supportive legal framework. To this end, the Commission has also today clarified the electricity market rules in an attached services working document and will assess whether more specific and specific rules are needed. The Commission will ensure that revisions to the State aid guidelines for energy and environmental protection and the Renewable Energy Directive facilitate the profitable deployment of renewable energy offshore.

In this sense, the European Commission “encourages Member States to use the recovery and resilience mechanism [los fondos europeos de reconstrucción] and to work together with the European Investment Bank and other financial institutions to support investments in marine energy. ”

The strategy of the Community Executive, in addition, “underlines the need to improve manufacturing capacity and port infrastructure, and to increase the skilled workforce.” The Commission also says it “plans to establish a platform dedicated to offshore renewable energies within the Clean Energy Industrial Forum to bring together all stakeholders and address the development of the supply chain.”

“Marine renewable energy is a rapidly growing global market, especially in Asia and the United States, and offers opportunities for EU industry around the world,” says Brussels, which is committed to “supporting global adoption of these technologies. “.

Offshore wind power produces clean electricity that competes with and is sometimes cheaper than existing fossil fuel-based technology. European industries are developing a range of other technologies to harness the power of the seas to produce green electricity. From floating offshore wind energy to ocean energy technologies such as wave and tidal waves, floating photovoltaic installations and the use of algae to produce biofuels.

While the European Commission’s strategy highlights the opportunities in all EU sea basins (the North Sea, the Baltic Sea, the Black Sea, the Mediterranean and the Atlantic) and for selected coastal and island communities, the benefits of These technologies are not limited to coastal regions, but encompass inland areas where manufacturing and research already support offshore energy development.