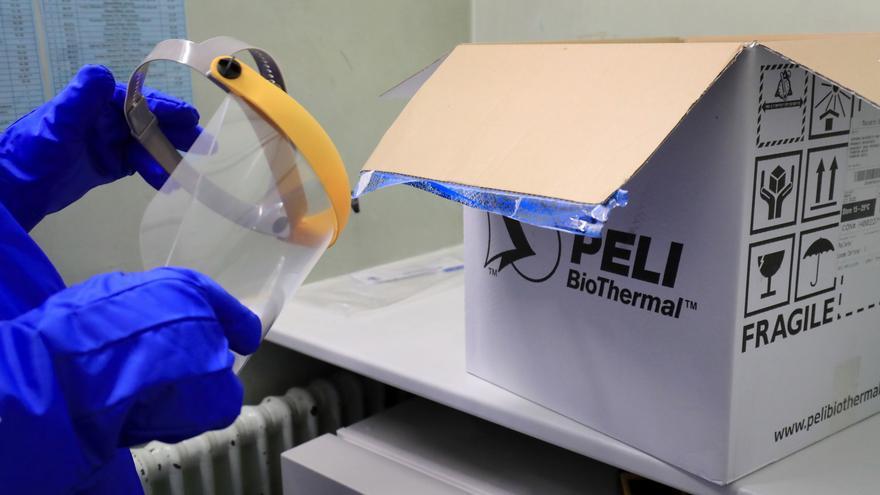 Wednesday night ended the last meeting with AstraZeneca with good words and all fronts open. This Friday the European Medicines Agency is expected to authorize the vaccine in question, which is not known when it will begin to arrive or in what quantities, which represents a breakdown of contractual agreements, according to the European Commission. Meanwhile, the Community Executive is taking the first steps to create a joint vaccination certificate for the EU. And, according to Reuters, Germany’s vaccine committee anticipates the EMA and says that the AstraZeneca vaccine does not provide enough data to assess the efficacy of the vaccine in patients 65 and older, which may lead to changes in national vaccination strategies.

While the vaccination plans foresee leaving the vaccines for people under 65 years of age until later, except those who work in health and social services, if this Friday the EMA shares the German criteria, depending on the final delay in the AstraZeneca deliveries, it could be the case that vaccines begin to arrive when vaccination plans envisage vaccinating those under 65 on a more massive scale.

In any case, the European Commission continues with its initiative so that vaccines manufactured within the EU cannot be exported without control. A “transparency mechanism” that, he insists, is not an “export ban”, although it will require companies to disclose whether vaccines made in the EU are exported outside the EU. An EU spokesperson says that in “extraordinary cases”, the European Commission could recommend that a government not grant export authorization. In short: it is not an export ban, it is a mechanism that establishes the threat of an export ban so that it can deter bad behavior to companies. A bad behavior assumed by Brussels has been AstraZeneca.

This certificate designed by the European Commission is not, at the moment, as Greece, Spain and the countries most dependent on tourism would like. That is, it is not a passport that streamlines mobility by releasing quarantines and PCR. It is, according to Brussels, a minimum and uniform data set for each vaccinated person. “The guidelines aim at a scheme that can be adapted to both print and digital media, ensuring flexibility and compatibility with existing national solutions, and rigorous protection of personal data,” says Brussels.

According to Health Commissioner Stella Kyriakides, the EU needs “guidelines on proof of vaccination for medical purposes” and “a common approach”. “I look forward to continuing cooperation with the World Health Organization to scale up this tool globally,” Kyriakides said. “Interoperable vaccination certificates will be an important tool for citizens during the pandemic, but also after we overcome it.”

These certificate guidelines come amid the vaccine war between AstraZeneca and the European Commission. “The pharmaceutical companies will not drag us into any type of auction to increase their profits. The laboratories must comply with the conditions signed and agreed upon,” said the president of the European Socialists in the European Parliament, Iratxe García: “To reaffirm their credibility, the European Commission must act firmly and publish all documents that do not require confidentiality. ”

The European Commission is trying to lower the tone with AstraZeneca after a nearly three-hour meeting with the pharmacist on Wednesday night. “The meeting has been constructive,” says the European Commissioner for Health. But, at the same time, he insists on the need to comply with what was signed: “Contractual obligations must be fulfilled, vaccines must be delivered to EU citizens.” In other words, the meeting ended without answers to questions from the European Commission, which asks for “clarity” for the rapid delivery of the doses reserved for February and March.

“We regret the continued lack of clarity in the delivery schedule and request a clear plan from AstraZeneca for the rapid delivery of the amount of vaccines we reserve for the first quarter,” Kyriakides insisted: “We will work with the company to find solutions and deliver vaccinates quickly to EU citizens “.