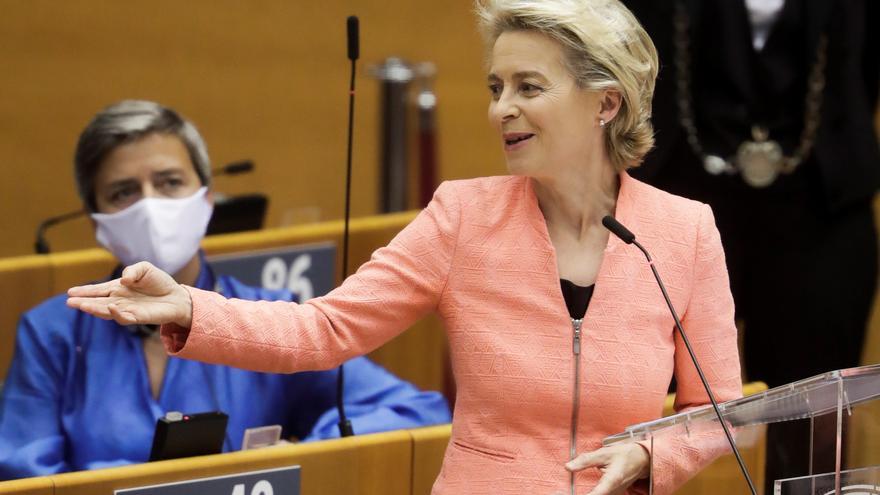 To achieve a 55% reduction in greenhouse gas emissions, “climate legislation and energy policies must be reviewed.” The European Commission has presented its new climate plan, which gives a twist to the emission reduction objectives, although it recognizes that at the moment there are no legislative tools to achieve it. “If current policies are fully implemented, greenhouse gas emission reductions by 2030 would be around 45% compared to 1990 levels.” That is, ten points below the objectives set now by the Community Executive. Therefore, “greater ambition requires policy adjustments to avoid the need for sharp cuts after 2030, and to seize opportunities for sustainable growth and investment earlier.”

In other words, countries are not doing enough, according to the European Commission’s assessment of national energy and climate plans: “The Commission’s analysis indicates that the combined national plans would exceed the renewable energy target. at EU level by 1.7 percentage points, while they would fall below the energy efficiency target by around 3 percentage points. Combined, this would result in a reduction of around 41% in greenhouse gas emissions (excluding emissions and removals from land use) by 2030 “. Again, far from the 55% cut target.

Environmental factors such as air pollution and heat waves aggravated by climate change contribute to around 13% of all deaths in Europe, states a recent study by the European Environment Agency (EEA). A total of 630,000 deaths in the 27 countries of the European Union and the United Kingdom were attributable to environmental factors in 2012, the latest year for which data is available, says the EEA: “These deaths can be prevented and significantly reduced by efforts to improve environmental quality ”.

“We will not achieve the goal of being the first neutral continent by 2050 with the status quo,” said the president of the European Commission, Ursula von der Leyen, in the debate on the state of the EU: “We need to do more and better, That is why we propose to increase the target for 2030 by at least 55%. I recognize that this increase from 40% to 55% for some is excessive and for others it is not enough. Yesterday 170 business leaders wrote to me asking that the objective be in the 55% “. Indeed, the European Parliament itself has asked in recent days that this target be 60% and, in any case, countries like Poland block the setting of that target in the European Council, which must be unanimously achieved.

Meanwhile, climate activist Greta Thunberg has criticized the proposal: “Too much for some, in fact, like fossil fuel companies and lobbyists. And not enough for others, like science, or those who think that We should deliver on what was promised in the Paris Agreement. Our economy could manage this, but ecosystems could not. And we cannot negotiate with nature. ”

Over the next nine months, the European Commission has announced that it will have to “review its climate and energy legislation.” According to the Community Executive, “all the relevant political instruments for the decarbonization of the economy must work in a coherent way to achieve the objectives. A reinforced and expanded use of emissions trading at the EU level, energy efficiency policies and renewable energy, instruments supporting sustainable mobility and transport, circular economy, environmental, agricultural, financial, research and innovation and industrial policies will play an important role in achieving the objectives of the European Green Deal in general and a higher climate goal for 2030 and climate neutrality for 2050 in particular. ”