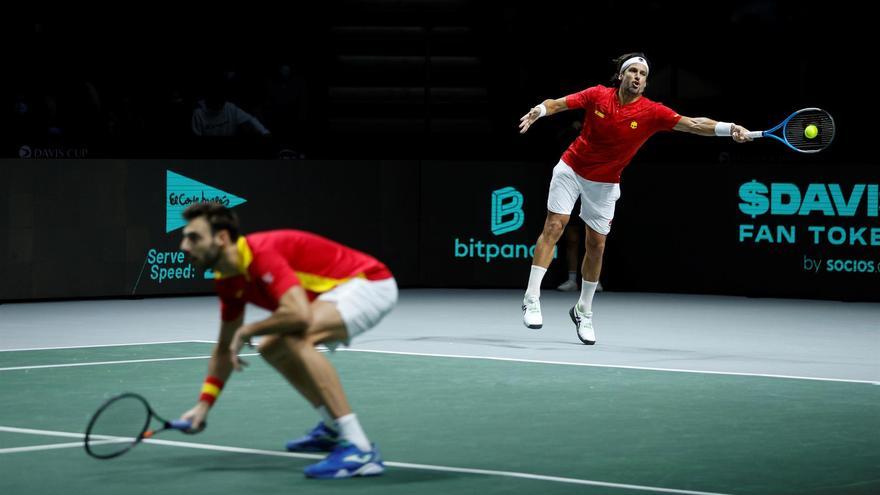 “I can not be more proud of my team. We have had many problems throughout the week. With the best men. He has competed every game and has been a ten of dedication and commitment. I could not ask for more”, analyzed the captain that he lost Roberto Bautista from his initial call due to an abdominal injury and Carlos Alcaraz due to covid.

Marcel Granollers, meanwhile, analyzed the doubles duel against the Russian team that ended up eliminating Spain from the Davis Cup.

“Doubles leave with very little. It was a shame to start the second set because they went fast on the scoreboard. The third was very even. We had no options for the rest and they had a spectacular performance. We took the game to the limit and it is a shame that he escaped, “lamented the Spanish player.

Feliciano López was at times the unexpected hero of Spain. He had to face the singles and also the doubles. He beat the fifth player in the world Andrey Rublev this Sunday but it was not enough.

“It may have been one of the best of my career for what it meant. Being here was already a prize for me and competing for the five in the world a gift. It was not enough to qualify and that is what hurts me the most. It is true that I am proud of my effort and that hurts me. I saw myself competing in the quarterfinals. This is the sport, “he concluded.