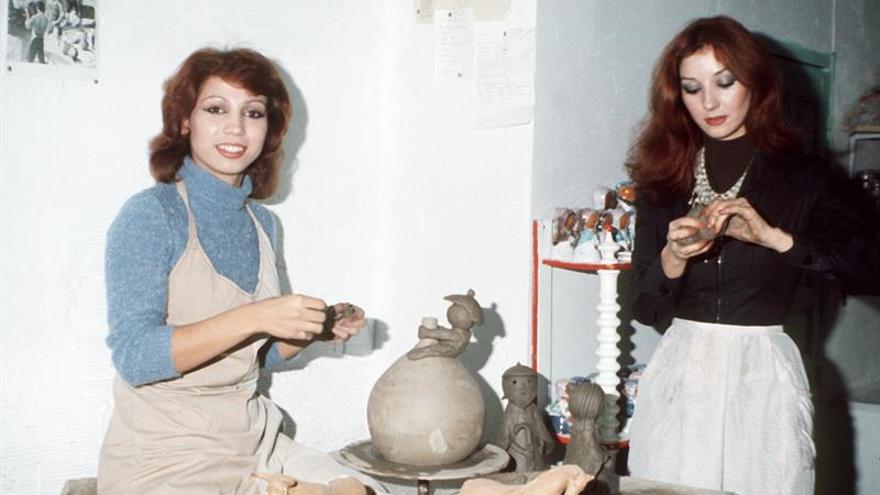 In the mid-50s of the last century, Madrid began to spread, and shanty towns were scattered around the outskirts of a city that was becoming increasingly dark.

This is the way things were during the first period of Franco’s developmentalism, when the margins of the city welcomed the people of the countryside as cheap labor. To “contain” the entire stream of immigrants, the Franco regime designed a plan of so-called “directed” towns. Taking a good look at it, the “managed villages” was an euphemism, because, with this, it was avoided to say that they were suburbs of houses built with the most used materials.

In this way, the open spaces that embraced the capital were populated by a proletariat ready for a hard life; a social class that came to benefit the ruling classes, owners of the industries. We already know that unpaid work is the foundation of capitalism and that, for that very reason, once the surplus was satisfied, decades later, the introduction of heroin would neutralize all possible class consciousness, turning the margins of the city into natural habitat. from Madrid’s lumpen.

One of those villages with cheap houses was Caño Roto, close to the Carabanchel Military Hospital, where more than 1,500 houses were built that, in time, would approach two thousand. It is here, in Caño Roto, where the most rumba Madrid will be located, that of the flamenco tradition mestizo with the rhythm of blackness. From Paseo de la Castellana, where CBS had its offices, you could see the stage where a man with a classical musical training was going to turn clay into gold.

The alchemist was none other than José Luis de Carlos, a brave guy who, before entering Caño Roto, had produced Morente for Hispavox, and also two sisters who had been hitting hard: Las Grecas. From the sound table, José Luis de Carlos had achieved the most difficult, a commercial and pure sound at the same time, a music where progressive rock guitars were understood with the flamenco soniquete, resulting in a revolution of Spanish music without paragon until then. Everything has to be said, if Las Grecas had not existed, Rosalía would not exist today, just as the famous rumba by Paco de Lucía would not have existed “Between two waters”.

But José Luis de Carlos was not satisfied with mixing the gypsy style of two sisters with the acid rock of the time. José Luis de Carlos went one step further, stirring the margins until he achieved what came to be called Sound Caño Roto; a sound vibration armed with soul, flamenco rumba and more suburban literature. The group that was to represent the sound of the raw times would be a group baptized as Los Chorbos, where a nephew of Manolo Caracol, the gypsy José Manuel Ortega Heredia, better known as Manzanita, played the guitar.

With the first album by Los Chorbos, entitled “Poder Gitano”, the label “Sonido Caño Roto” is presented. The album has no waste, since the version of the “Papa Was a Rolling Stone ”by the Temptations, titled“ Vuelvo a casa ”, to some fandangos with funky arrangements, passing through the catchy“ You will have a new illusion ”, a guitar piece and gypsy rajo.

However, the success of Los Chorbos was less than that of Las Grecas. They did not exceed sales expectations and, therefore, the quantitative criteria of the executives of Paseo de la Castellana did not allow Los Chorbos to record albums again until years later.

However, that sound that was baptized as Caño Roto, would spread throughout all suburban flamenco during the rough years of the Transition; troubled times in which the bell-bottoms, the medallions on the outside, the high-necked sweater and the ax sideburns were styled; the cubata, the Winston and the parrot playing at full volume with love songs for buying and selling.