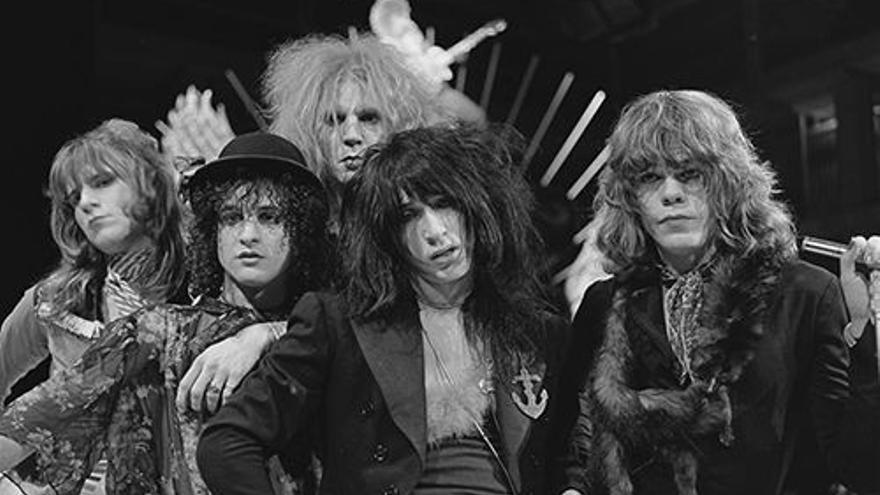 The music scene of the early 1970s vibrated with the New York Dolls. His electricity came to transform the sound of a time that was beginning to tire of progressive rock and infinite picks.

Malcom McLaren used the group as a blank, as a rehearsal for the shots that followed with the Sex Pistols. To put it another way, the New York Dolls were the missing link between glam rock and punk rock.

They took their name from the New York Doll Hospital, a place where broken dolls went. They came out on stage in wigs, platform boots and painted lips, waddling to the rhythm of a rock played at full speed. They were advanced, or advanced, depending on how you look at it.

The first to fall was Billy Murcia, the drummer. He died in the bathtub where they tried to revive him after taking tranquilizers and alcohol. After this macabre episode, the popularity of the New York Dolls grew. However, the true success of the group was due to the disheveled sound of Johnny Thunders’s guitar, a charismatic character who passed through Madrid in the early eighties to leave us the taste of gall of some concerts passed by heroin. If I remember correctly, he performed at the Escuela de Caminos and at the now defunct Astoria theater, on Paseo de Extremadura.

He also recorded a unique document for television, a concert that he did dressed as a bullfighter for La Age de Oro, the program that Paloma Chamorro hosted. Taking advantage of his stay, he passed through the studio of the photographer Alberto García-Alix, who immortalized him in a portrait that has been around the world. Because Johnny Thunders is one of those characters that are part of the imaginary of a time that invited self-destruction.

Thunders died in 1991. Suffering from leukemia, he retired to a hotel in New Orleans where a methadone overdose did the rest. But let’s go back to the New York Dolls, as their other guitarist, Sylvain Mizrahi, better known as Sylvain Sylvain passed away a few weeks ago. Born in Cairo and raised in Paris, he trained as a musician in the United States. His rhythm guitar served as the basis for Thunders to get soggy with the distortions; Comings and goings of the pot Thunders carried to his right hand, sharpened with the spike. It all has to be said, because Thunders treated his guitar as if he were driving one pick after another.

Steve Jones, guitarist for the Sex Pistols, confessed how much he imitated Thunders. If it hadn’t been for him, if it hadn’t been for Thunders, the Sex Pistols would have sounded differently, or would not have sounded. Moreover, when the Pistols already had the group formed, they thought of a second guitarist, for which they put an ad in the newspaper in which it was said that the guitarist could not be worse than Johnny Thunders.

But if there is anything else the Pistols and Dolls shared, that “something” was a woman, a streptease club dancer named Nancy Spungen, who confessed that, before rolling on the cot with Sid Vicious, she rode it with each and every member of the New York Dolls. These and other things are those that are counted in the book “Please, kill me” (Raw Books). An oral and choral history of punk told by its protagonists and one of the most influential works in music journalism in recent decades. If you haven’t read it, I don’t know what you’re waiting for.