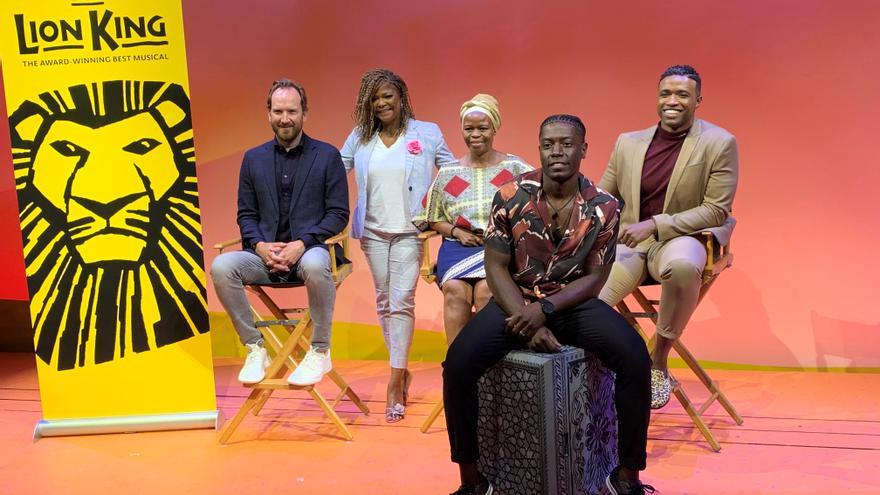 New York, Sep 14 (EFE) .- After the longest break in the history of the theater mecca, courtesy of the covid-19, Broadway returned to sing the catchy “Hakuna Matata” this Tuesday with the return of the musical ” The Lion King “in a night that served as a symbol that New York is beginning to leave behind some of its problems.

“As Rafiki says, now is the time”, said on the stage of the Minskoff Theater the director of the musical, Julie Taymor, seconds before giving way to the first performance of “The Lion King” since Broadway, together with the rest of the Big Apple, was forced to suspend all activity.

The audience received Taymor on his feet, with an applause lasting several minutes that could only interrupt the first bars of “The Circle of Life”, an ovation that left no doubt about the excitement that New Yorkers feel for the return. of an industry considered the nucleus of artistic life in New York.

“When you listen to ‘The Circle of Life’ again, and you think about what we have been through this year, and what many people in this room have gone through on a personal level, everything begins to make sense again,” reflected Taymor in the crowded room. theater.

Although the moving song with which “The Lion King” opens touched the hundreds of fortunate people who witnessed the “rebirth” of this musical, which has been performed on Broadway for 24 years, it was “Hakuna Matata” that obviously reflected the philosophy of a city ​​that tries to overcome having been one of the epicenters of the coronavirus pandemic.

Timón and Pumbaa’s “live and be happy, no problem should make you suffer” was greeted with clapping hands to the rhythm of the music by an audience that clearly wanted to return to normality and that almost succeeded, if not for the omnipresence of the mask.

That is just one of the security measures that all Broadway plays have to comply with, the constant use of the mask for the public -except for the brief moments when they want to eat or drink- during two, three or four hours that the show lasts, a rule that was strictly adhered to in the return of “The Lion King”.

But before entering the theater, the first obstacle to pass is to show the documentation that the vaccine has been received, an essential requirement for all attendees over 11 years of age.

For people between the ages of 4 and 11, a negative coronavirus test is required, but children under the age of 4 are currently unable to access Broadway shows, an industry that prior to the pandemic employed about 97,000 people and contributed to about $ 14.7 billion each year to the New York economy.

“The Lion King”, however, was not the only return to Broadway this Tuesday, the best night in the theater mecca in a long time with the return of other popular musicals such as “Chicago”, “Hamilton” and “Wicked. “, in addition to the premiere of the play” Lackawanna Blues “.

“‘Hamilton’ is also premiering today, yes …”, said Taymor amid laughter from the audience, aware of the competition between two of the most successful musicals in history.

This same Tuesday, the mayor of New York, Bill de Blasio, invited visitors to the Big Apple to “take a walk around Times Square” to see the “economic recovery” of the city.

“The return of our tourism is driven by Broadway, as visitors from all over return to New York City. Come and enjoy a show, two or three, ”suggested de Blasio. Helen Cook