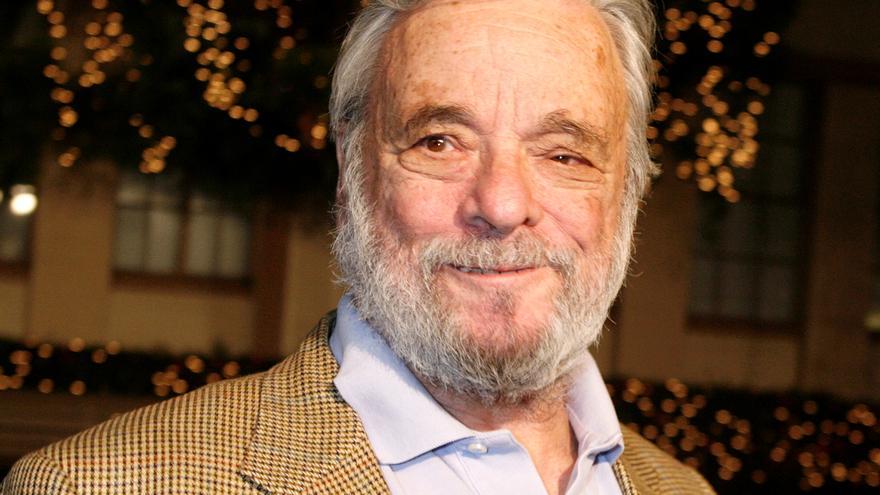 The composer and lyricist Steven Sondheim, known for works like ‘West Side Story’ or ‘Gypsy’ and considered one of Broadway’s greatest legends, passed away this Friday at age 91 in the town of Roxbury (Connecticut), reported the New York Times. According to the outlet, Sondheim’s death was confirmed by his lawyer and friend, Richard Pappas, who described the death as sudden, since he had been celebrating Thanksgiving the day before at a dinner with friends.

Sondheim (New York, 1930), winner of an Oscar, a Pulitzer, and more than a fortnight of Emmys and Grammys, began to reap success in the late 50s, when he wrote the lyrics for ‘West Side Story’ and ‘Gypsy ‘, and continued to triumph until the 1990s, with lyrics and music of ‘Assasins’, with which he gave voice to the people who had killed or tried to kill a US president.

In all, Sondheim composed both the lyrics and the music for 12 Broadway shows, of which five took a Tony for the best musical, and six of them a Tony for the best soundtrackWhile the show ‘Sunday in the Park’, which did not receive either of those two awards, did win a Pulitzer. In addition, in 1993 he received a career award from the prestigious Kennedy Center, and in 2015 he was awarded the Presidential Medal of Freedom, awarded by former US President Barack Obama.

In 2010, one of Broadway’s theaters, until then known as the Henry Miller, was named in his honor. In 2020, the theater mecca of the United Kingdom, the West End of London, also wanted to pay tribute by baptizing one of its theaters with his name, but Sondheim could not attend that event, after having suffered a spectacular fall. That same year, his 90th birthday was celebrated in style in a virtual party, courtesy of the coronavirus pandemic, in which figures of the stature of Meryl streep, Bernadette Peters, Patti LuPone and Audra McDonald.

Recently, three films nominated for various awards contained his music: ‘Knives Out’, ‘Joker’ and ‘Marriage Story’, which precisely contained a scene in which the protagonist, played by Adam Driver, sang ‘Being Alive’, from the show ‘Company’ (1970).