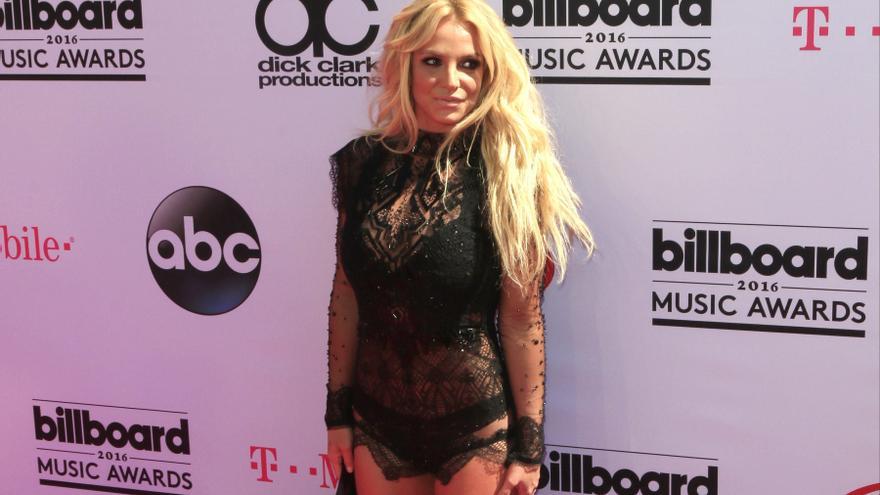 Los Angeles (USA), Jun 23 (EFE) .- Britney Spears is not happy, she cannot sleep at night and wants to take her father to jail for the legal guardianship that has controlled all aspects for 13 years of his life and on which he pleaded with justice this Wednesday to come to an end.

“I want my life again,” implored the star during a telephone interview in a Los Angeles court, which marked the first time that Spears publicly opposed this legal figure that began in 2008, after a media stage marked by a erratic behavior.

It was the singer herself, who is currently 39 years old, who asked to speak. No one knew what the pop princess was going to say in her first court appearance since 2019.

“I had not intervened again because in the previous hearing I did not feel heard,” Spears started.

His accelerated speech, lasting more than thirty minutes, spun a list of shocking statements that neither fans nor the press present in court, where Efe attended, were expected.

“This guardianship is paying the salary of many people. I am fed up,” he continued.

The artist questioned the meaning of legal guardianship, a figure that in the United States is reserved for disabled people or people with serious illnesses who cannot take care of themselves.

“It makes no sense for a person under legal guardianship to earn money,” argued the artist after denouncing that she was forced to work against her will during her successful Las Vegas show, which between 2013 and 2017 was one of the main attractions from the city.

Spears portrayed the guardianship as a kind of kidnapping that benefits her family and a group of lawyers who have been receiving the money she has earned from her “hard work” for years.

Spears’ fortune, valued at more than 50 million dollars, pays all the costs derived from this legal figure.

“I AM NOT HAPPY, I DO NOT SLEEP AND I CRY EVERY DAY”

Likewise, the “Toxic” interpreter affirmed that she is not free to speak to the press, give interviews, marry or start a family with her current partner.

At that moment, one of her most shocking statements came: “I have an IUD (intrauterine device) in my body right now that is not letting me have a baby, and my guardians are not letting me go to the doctor to have it removed.”

In her speech, Spears recalled that while she was preparing in 2018 for another show – which finally did not premiere – her medication became so strong that she felt drugged and was unable to have a conversation with her mother, but still had to go to rehearsals.

“I would like to sue my family and share my story with the world,” said the singer, who believes that her father and others involved should end up in prison.

The judge overseeing the guardianship, Brenda Penny, had to repeatedly ask Spears to speak more slowly to take note of everything she was saying.

“I just want to have my own money and put an end to this, have my boyfriend drive me in his fucking car,” the star pleaded.

For her part, the judge only thanked Spears for testimony, which she described as brave, and agreed with the different parties involved a new session whose date is yet to be determined.

The artist’s attorney, Samuel Ingham, will then be able to formalize the petition to end the legal guardianship.

For its part, the legal team of the father, Jamie Spears, refused to respond to Britney’s testimony to “preserve her privacy” and not to expose “details of her health condition” in a public hearing and in the presence of journalists. .

“They have already done a good job exploiting my life,” the singer shouted, interrupting one of the lawyers.

#FREEBRITNEY: THE MOVEMENT FOR THE STAR

While Spears was speaking, a hundred people demonstrated at the door of the courts, summoned under the slogan #FreeBritney.

“I’m angry, but at the same time I feel happy because she was able to speak after so many years and the world was able to hear everything they are doing to her,” Araceli, who attended the demonstration with a banner, told EFE.

“We do not care if he returns to act or not, we want him to be happy and free,” Alex said.

Spears’ career, her legal guardianship and the slogan “#FreeBritney” (Freedom for Britney) gained momentum this year after the premiere of the documentary “Framing Britney”, a film produced by The New York Times that reviews the harshest aspects of the career of the artist.