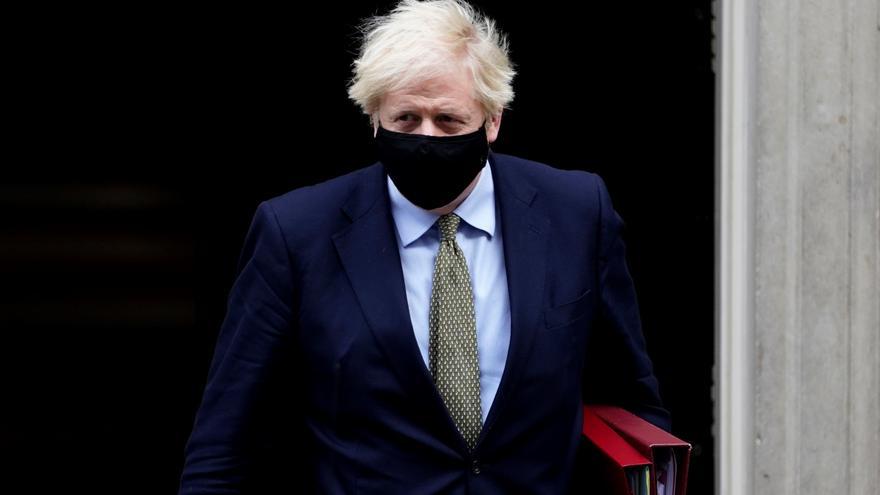 British Prime Minister Boris Johnson appeared on Saturday to announce new measures that seek to contain the advance of the coronavirus in the country. In this way, stronger regulations are established, applicable to the entire country at least until December 2, and that will force the closure of bars and non-essential shops (except home delivery). International and national trips will also be prohibited. are not for justified reasons, as well as overnight stays away from home. However, people will still be able to exercise outdoors with members of the same household and go to work if the remote option is not allowed.

Under the new regulations, which will be published on Tuesday and put to a vote by parliamentarians a day later, meetings in homes are also restricted except for justified reasons, such as caring for vulnerable people.

“They must stay at home. They can only go out for specific reasons, such as education or work,” Johnson stressed before adding that “Christmas is going to be different this year” and that he remains hopeful that if action is taken ” families across the country can be together. ” “We will not return to the large-scale blockade of March and April, the measures I have described are much less restrictive,” adds the politician.

The British Government presented in mid-October an alert system that included restrictions On three levels depending on the incidence of the virus in the region, the intention was to avoid the November national closure at all costs, but finally it seems that it has not been possible and now the whole country is in another state of emergency.

The measures are similar to those decreed at the beginning of the pandemic in March, but this time schools, universities and colleges will remain open despite the fact that the National Education Union (NEU) expressly requested that they be included in this closure. “Data from the ONS [Office for National Statistics, por sus siglas en inglés] clearly show that schools are an engine for virus transmission. It would be counterproductive for the government to impose a national lockdown, ignoring the role of schools as one of the main contributors to the spread of the virus, “says Kevin Courtney, NEU secretary general, in a statement collected by The Guardian.

Banks, for their part, described the new restrictions as “a devastating blow” for companies. “Many companies are now in a much weaker position than at the beginning of the pandemic, making it much more difficult to survive prolonged shutdowns or demand restrictions,” claimed Adam Marshall, Director General of British Chambers of Commerce

According to the latest figures from the British Ministry of Health, just this Saturday the country exceeded one million cases detected since the pandemic began, thus becoming the second country in Europe after Spain to surpass it. The data are also not optimistic regarding the health situation: 10,708 people remain hospitalized for the disease and 975 of them require mechanical respiration.

Such figures have put the British Government under pressure to announce measures to interrupt the transmission of the pandemic, at a time when hospital admissions in the areas most affected by the disease in the United Kingdom exceed those registered during the first wave of infections.