Good news in the fight against breast cancer. A new drug – called trastuzumab deruxtecan (T-Dxd) – manages to stop, in seven out of ten patients, the progression of advanced HER2-positive metastatic breast cancer, a very aggressive subtype of breast tumor that affects 20% of patients. The advance has been made within the framework of the international clinical trial Destiny Breast-03, led by Javier Cortés, from Madrid, director of the International Breast Cancer Center (IBCC) and the only Spanish author of the study.

The new drug is an immunoconjugate, that is, an antibody -protein secreted by B lymphocytes in the blood to combat an infection by viruses or bacteria that affects the body- that has chemotherapy molecules 'stuck' on it. “His performance of him is like that of a 'Trojan horse'. When given, it travels through the blood to tumor cells that have a receptor called HER2. HER2 is the 'door' through which the drug enters the tumor cell without being detected and, once inside, it releases the chemotherapy that it transports and destroys the tumor cell. This drug remains in the tumor microenvironment and is also capable of attacking neighboring cells, even if they do not have HER2, which is known as the 'bystander effect' or 'bystander effect', a consequence that does not occur in other treatments of this type type and that is very positive, even though some healthy cells may be damaged", explains Cortés.

The trial involved 524 women with HER2-positive metastatic breast cancer, recruited between 2018 and 2020 at 169 centers in 15 countries. Of these, 261 were randomly assigned to the arm of the study in which they received trastuzumab deruxtecan (T-Dxd) and 263 to the arm in which trastuzumab emtansine (TDM-1) was administered, the standard therapy until the publication of this research in the prestigious magazine 'The New England Journal of Medicine'.

The 'Trojan Horse' against breast cancer

the one that acts

the tumor cell without being

The T-Dxd releases the chemotherapy on

the nucleus of the cell

The released T-Dxd could attack other neighboring cancer cellswhich is very positive, and novel compared to other drugs against breast cancer, even though some healthy cells may also be damaged 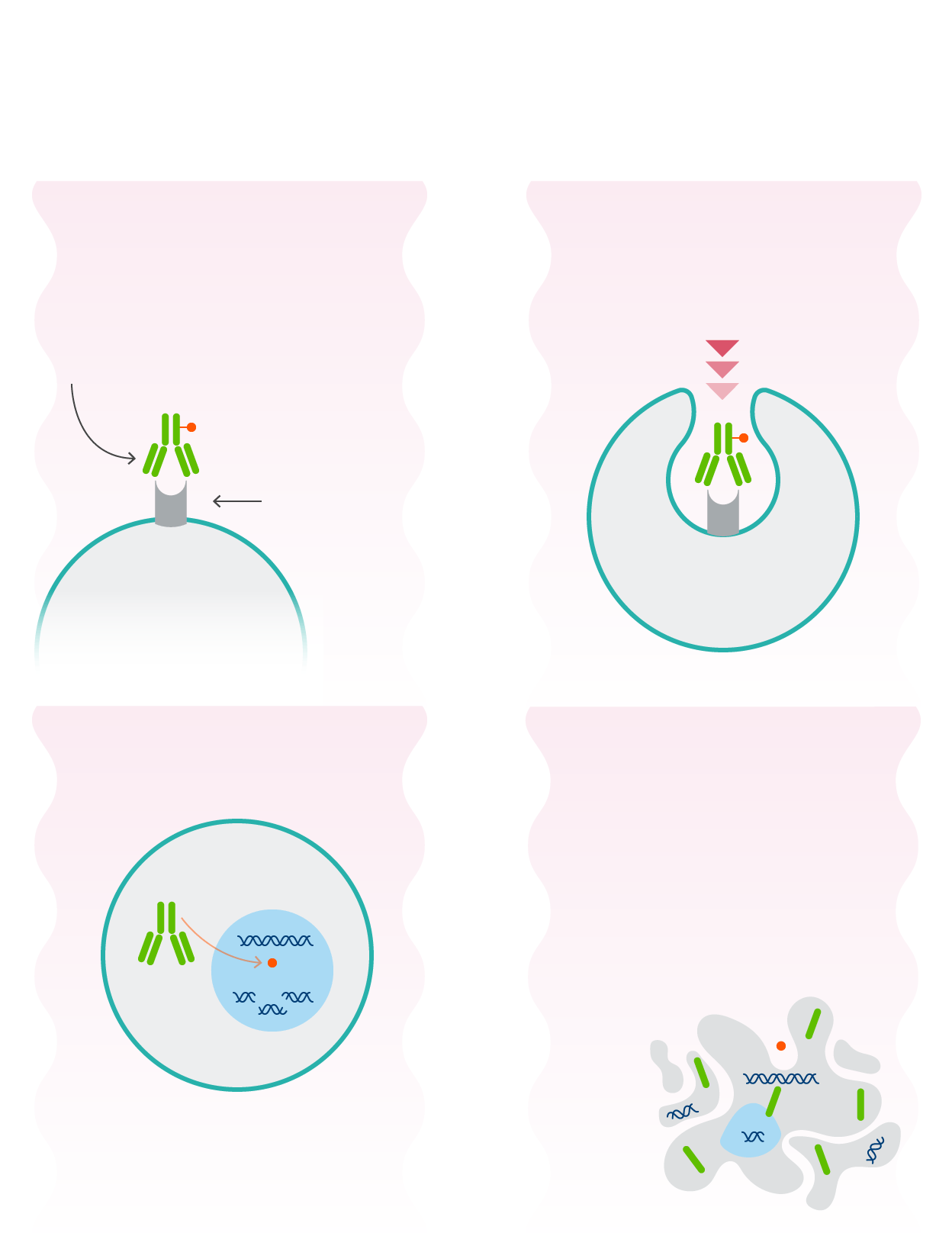 The 'Trojan Horse' against breast cancer

The drug enters the tumor cell without being

The T-Dxd releases the chemotherapy on

the nucleus of the cell

The released T-Dxd could attack other neighboring cancer cellswhich is very positive, and novel compared to other drugs against breast cancer, even though some healthy cells may also be damaged

One of the most important results of the study has been the improvement in progression-free survival (that is, disease control) after 12 months of treatment, which was 75.8% in the patients who received T-Dxd, compared to 34.1% of those who were treated with TDM-1. In addition, a very revealing fact of its efficacy is that in 42 patients (16.1%) treated with T-Dxd the tumor disappeared completely (at least visually) compared to 23 (8.7%) treated with TDM-1.

“Of all the breast cancer studies, there has never been a drug that has shown as much benefit as this one. We could be facing the most active drug in the history of breast cancer. I think these are the most relevant, important and impressive data obtained to date," says Dr. Cortés, who predicts, albeit preliminary, that T-Dxd "could eventually cure the disease in some patients or, at least , to increase the real chances of becoming chronic».

Trastuzumab deruxtecan thus becomes the new standard second-line treatment - the one administered when the initial treatment (first-line therapy) is not effective or is no longer effective - for patients with HER2-positive metastatic breast cancer, ahead of the TDM-1. In addition, the research reveals that its application is already being studied in tumors with low expression of HER2, which represent 55% of breast cancers. "The first randomized study in this group of patients will be published in June, but the results so far are tremendously positive," he says. Likewise, its administration is being investigated to combat other tumors in which the HER2 protein is present, and there are already published data on lung, gastric and colorectal cancer, among others.

Of course, like all treatments, it is not exempt from toxicity. One of its side effects is drug-related interstitial lung disease/pneumonitis (lung inflammation). The rates of this interstitial lung disease or pneumonitis related to T-Dxd were 10.5% versus 1.9% with TDM-1, but close monitoring or follow-up of patients treated with T-Dxd allows early detection and treatment and control this adverse effect in the vast majority of patients.

The drug is already approved and available for use in Spain, although negotiations on its price with the Ministry of Health have not yet been completed. “We are facing a real revolution. These 'Trojan horses' are going to be one of the most important lines of research in the future. There are already studies that show fascinating results”, celebrates Cortés.