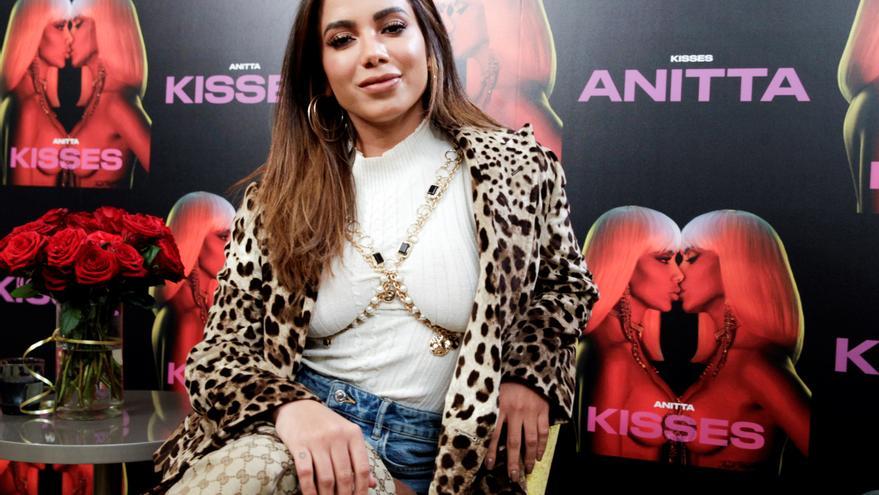 Rio de Janeiro, Feb 17 (EFE) .- The Brazilian singer Anitta, the main star of the South American country in the genres of pop, funk and reggaeton, was admitted to a hospital in Rio de Janeiro for food poisoning, according to the relations office public of the artist.

“Since yesterday (Tuesday), Anitta has been admitted to a hospital in Rio de Janeiro, after feeling unwell at home. The singer underwent various tests that indicated the diagnosis of food infection,” said a statement released by the press office of the artist.

“Anitta is under medical care and receiving medication and hydration. The singer, still without discharge, will spend tonight hospitalized,” added the press release, without informing which hospital the 27-year-old artist was admitted to.

This Wednesday, the interpreter of “Show das powerful” was chosen by the American magazine Time as one of the hundred most influential personalities of the future, in a list that also includes the Brazilian Guilherme Boulos, former presidential candidate in 2018 and who disputed in 2020 the Mayor of Sao Paulo.

The Brazilian stood out on New Year’s Eve by participating in the Times Square concert in New York, and recently released the single ‘Loco’, the first in that format in three years and which is part of the album ‘Girl from Rio’, scheduled to be released this year by the Warner Music recorder.

With hits in Spanish, Portuguese and English, Anitta has recorded with Colombians Maluma, J. Balvin, Greeicy, Karol G and Alex Sensation; the Puerto Ricans Luis Fonsi, Ozuna and Daddy Yankee and the American bachatero Prince Royce, among others.