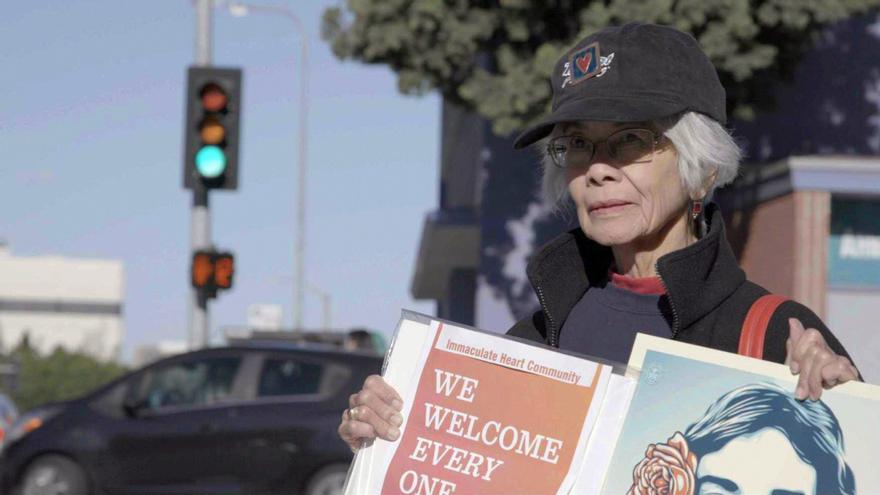 Los Angeles (USA), Jan 31 (EFE) .- Many voices were raised against power in the 1960s, but few were as unique as the nuns in “Rebel Hearts”, a Sundance documentary directed by Brazilian Pedro Kos about an order from Los Angeles (USA) that confronted the Catholic Church in search of equality.

Born in Rio de Janeiro (Brazil) and raised in Miami (USA), Kos competes with this film in the American documentary section of Sundance, the most important appointment of independent cinema in the world and that this year, due to the pandemic, it is being celebrated virtually.

With a mixture of archive images and recent interviews, Kos recalls the story of the Sisters of the Immaculate Heart of Mary (IHM) in Los Angeles, an order that had been founded in the mid-19th century in Olot (Spain) and dedicated itself to mainly to teaching.

The nuns of the Californian city, influenced by the social movements of the 1960s and the renovating airs in the Church of Vatican II (1962-1965), tried to adapt to the new times by changing their educational methods, supporting anti-racist and anti-war protests. , embracing art as a means of expression, and adopting seemingly innocent gestures such as giving up the habit.

“The nuns gave themselves more freedom in their day to day as a way of being more part of the world,” said Kos.

“This rethinking of their lives was a very personal thing for me, as a gay Latino man who grew up in Brazil, to think about the structures (of power), especially that of the Church that governs us in a certain way … It was a revolutionary thing and for me it was something very personal: I fell in love with these women in a way that had never happened to me, “he added.

THE RESISTANCE OF THE HIERARCHY

As might be expected at the time, James Francis McIntyre, Cardinal and Archbishop of Los Angeles, was not enthused by those nuns with transformative concerns.

“They thought that because of the Second Vatican Council they had the green light to make changes (…), but the problem is that the hierarchy of the Church, especially in Los Angeles, was very conservative,” Kos said.

“McIntyre was not a big fan of the Second Vatican Council and he also saw that the habit, in a way, was a way of maintaining his control over them. The habit meant that they were under him,” he explained.

The hard confrontation between the nuns and the Catholic power reached the media and, in the end, they chose to resign from the order and form a religious community on the sidelines.

“It was a very difficult decision for them. In a way, it was a rejection of the institution they entered,” Kos said.

“They didn’t see how it was possible to be part of an institution that was actively rejecting and condemning a job that they believed was very correct (…). It’s like the end of a relationship. Part of the movie is like ‘Marriage Story’ (2019), “he joked.

A LEGACY OF TEACHING AND EQUALITY

Looking back, Kos argued that a crucial component of the rebellion of these nuns was that they not only engaged in teaching but were educating themselves all the time.

“The change process was also their education process. To be the best teachers they had to be educated. This order had more doctorates (among its members) than all the priests in Los Angeles County,” he exemplified.

“When the 1960s arrived, they were ready to be part of the world, to make the necessary changes, to better educate their students, to better help poor and deprived communities, and to help the movements for equality that they were happening at that time. Part of their faith was being part of the community and helping the community. The change was something totally linked to their faith, “he added.

In this sense, the director stressed that equality articulated all the steps of these nuns.

“They did not say they were feminists at that time, but later they recognized that they were part of that feminist movement,” he said.

“They thought that all of us are children of God (…). They told all their students that they could be whatever they wanted: they could be leaders. Not only good women and wives, but also leaders in politics, science, literature and in all aspects of life, “he concluded.