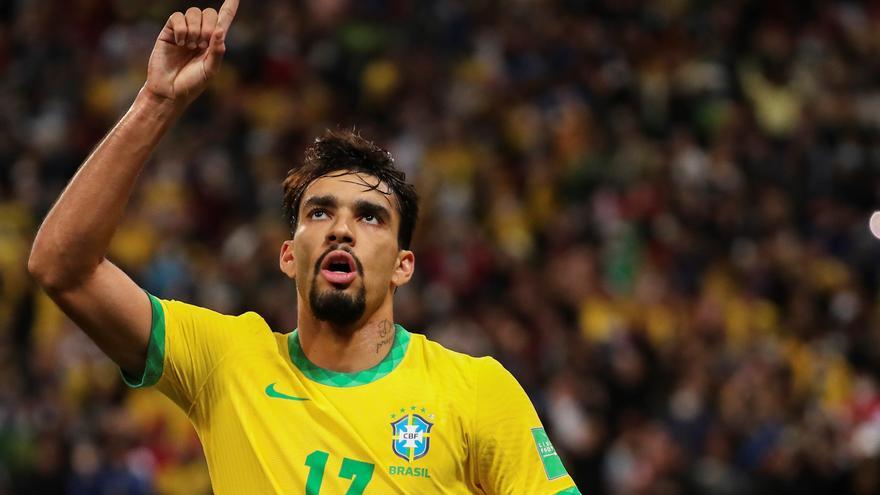 Brazil sweated this Thursday to defeat a fierce Colombia and continue his triumphant march in the South American qualifiers, thanks to the solitary both of Lucas Paquetá, which served for the Canarinha to ensure its presence in the Qatar World Cup 2022 six games in advance.

With luxury assistance from Neymar, the third in these qualifying rounds, the Olympique Lyon midfielder unblocked a I find it rough, gray and without rhythm at the Neo Química Arena in Sao Paulo.

After a very discreet first part, Tite’s team reactivated with the tickets by Vinícius Júnior and Antony, which revolutionized the game and ruined the good defensive work of Reinaldo Rueda’s team.

The Colombian team had its opportunities in the first half, but the bellows ran out in the second and now it will be forced to defeat Paraguay in Barranquilla so as not to complicate life. Brazil will face Argentina, in San Juan.

With this triumph, Brazil remains undefeated and absolute leader of the South American qualifiers, with 11 wins and 1 draw in 12 rounds.

Its classification is a fact. Colombia provisionally fell from fourth to fifth place, which gives the right to play a repechage. He has 16 points and a worrying streak: three draws and one loss. Four games without scoring goals.

La Canarinha took the helm of the game on the fast track, but it was difficult for him to start the engine on the cold night in Sao Paulo. Colombia, well closed with a line of four defenders and five midfielders, did not give them a break. Strong marking and not a millimeter of space.

Although the first completion was a shot from afar from Barrios, Brazil continued to cement its inert dominance. It took Tite’s men a world to reach David Ospina’s area, in part due to the excellent defensive work of the coffee growers.

He also lacked joy, verticality and creativity. He showed his worst version. When Neymar is inspired manages to solve those problems. Today the 10th was not and even went crazy.

Colombia continued with its plan. Duván Zapata had her in a howitzer that left near the horizontal and Jefferson Lerma almost did not finish a rehearsed play.

The game was turning rough at times. There were endless interruptions, several bounces between the players and quite a few challenging looks.

In the midst of that tension, in one of Brazil’s few quick transitions, Danilo he rushed the baseline and shot the stick, after the touch of a rival and Marquinhos was able to break the equality with a frank header from a corner.

The Tricolor also warned with a Square good driving Luis Díaz finished from outside the area. His shot, powerful and close to the post, chilled the blood of the green-yellow fans.

Colombia came to rest with homework done; Brazil, with everything to do, although full of shocks on the bench.

Tite admitted one of them in the interval. It was Vinícius Júnior’s turn. Fred was the one sacrificed. The coach spent his first change, curiously with a player who only mentioned when Roberto Firmino was injured.

For its part, Reinaldo Rueda’s ensemble did not change the script. Well together back and resist. Every time Neymar caught the ball there were three men around him.

But Tite shook the shaker again shortly after with Antony and Matheus Cunha. The new attack front gave the five-time champion a new look the world, now more electric.

The goal was not long in coming. Marquinhos recovered in the spinal cord and connected with Neymar, who first infiltrated Paquetá. The Lyon midfielder also shot first and foremost beat Ospina to break equality.

The goal ended the duel. Colombia had no strength left after the enormous effort made and Brazil was satisfied with the classification in your pocket.

Incidents: match of the thirteenth day of the South American qualifying rounds of the World Cup in Qatar, played at the Neo Química Arena stadium, in the city of Sao Paulo, before 22,080 spectators. Several fans invaded the grass at the end of the game.