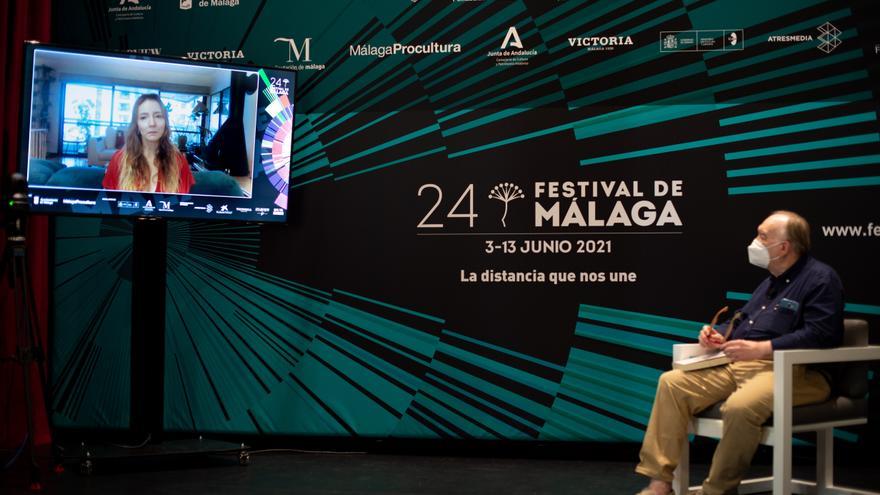 Malaga, Jun 10 (EFE) .- Two women who are in distant places like Tokyo and Rio de Janeiro are strangely linked through the sea in "Mulher oceano" ("Ocean woman"), by Djin Sganzerla, with whom the cinema Brazilian has fulfilled its usual presence in recent years in the official section of the Malaga Festival.

Sganzerla, who in addition to having debuted in directing plays that dual woman, explained this Thursday through a videoconference that the sea "represents the force of nature, it is a central character and shows how it can bring about the transformation of the character" .

The actress and director wanted to address the issue of "creation as transformation and as delivery, which in some cases can lead to death", and for this she has used these two characters "very similar, who do not know if they are the same person, and living in distant places, but have a deep connection between them. "

"I wanted to leave room for the imagination, for the viewer to interpret whether the duplicity of the characters exists or is only in the mind of the main writer," explains Sganzerla, who also wrote the script with Vana Medeiros.

This project was born from his "need to direct", and as he wrote the script he "fell in love with the characters" and there came a time when he decided that, in addition to directing, he wanted to act.

She admits that directing and acting in a film is "a great challenge", because the work of a director sometimes implies the need to "distance herself from the characters", but it has helped her to have "a fluid relationship" with the team with which she has worked.

Regarding the choice of Japan, he specifies that he has always felt "a fascination for oriental culture" and that country was also "ideal" for the film because of the relationship it maintains with nature and to be able to "tell this story of the duplicity of the characters" .

"Japan was the perfect piece in this puzzle that I wanted to tell," stressed Sganzerla, who despite the geographical distance from Brazil has found "curious parallels" between the two countries.

And in this role of Japan appear the mistresses, the Japanese women divers whom the director has allowed to act naturally in passages of the film that acquire a documentary tinge.

"They are engaged in fishing and learn by observing other women in their family. They earn their living through the sea and are very independent women, unlike what usually happens in Japan, with very great freedom," says the director.

They usually dive without oxygen, only through breathing exercises and thanks to their physical or mental control, and "they are able to feel if a day is good to go out to sea or not, even if it seems calm, because they have developed this instinct to their survival ".