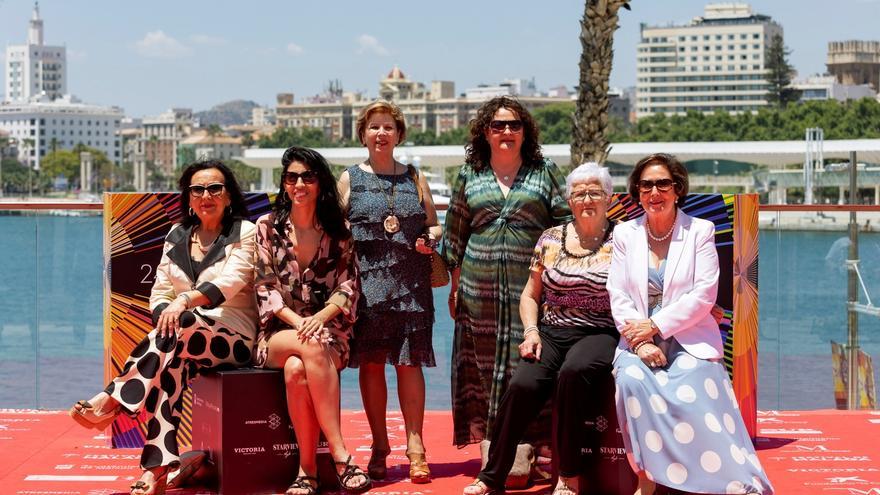 Malaga, Jun 6 (EFE) .- What began as a workshop on cinema and women in the Extremaduran region of Tierra de Barros has ended up being the first fiction feature film directed by Ainhoa ​​Rodríguez, who defines “Brave Flash” as “history of a people suspended in time and decomposing “.

“It is a people that dreams of their lost childhood and of recovering it, and women who bear the weight of inherited traditions, but who possess a physical, dreamy and sexual strength that will move mountains,” Rodríguez said at a press conference. , which presented the film this Sunday in the official section of the XIV Malaga Spanish Film Festival.

The director traveled to that region, where her family comes from, “full of ideas, images, proposals and dreams”, and worked with a script “that was open and alive, it was organic.”

At the same time that he did the numerous casting tests and rehearsals, he continued “building the script and plot threads emerged”, in a work “very free and without corsets”, because Rodríguez maintains that “art has to break with the established” .

In that workshop in the village on cinema and women, which dealt with how women have been represented in this field, she brought together a group of neighbors “who did not miss a session in several months”, and finally they became “some friends”.

“It was a process of mutual trust and an act of faith. Everything was natural and that magic was produced in front of the camera,” explained Rodríguez, who sees it as “a very firm bet” to have had real women in the cast. not with actresses. ”

He considers that “fabulation, which is also a central theme of the film, is essential in any society to find meaning in existence”, and that “you have to fable to fly away.”

Regarding the montage, he pointed out that the film has “a spiral structure, around the routine of the people”, and that “the most essential thing was to give it the point of suspense due to the threat of the disappearance of the traditional way of life and the arrival of the globalized world “.

One of those “real women” in the cast is Carmen Valverde, who has described this work as “a wonderful experience in a small town where nothing extraordinary ever happens.”

“Ainhoa ​​arrived and turned everything upside down. We started with the workshops and we never thought that this would reach what has arrived, with ordinary housewives,” added Valverde.